News provided by Society of Authors on Friday 29th Apr 2022

The Society of Authors and the Writers’ Guild of Great Britain expose widespread bad practice among companies that charge writers thousands for publication.

The Society of Authors (SoA) and the Writers’ Guild of Great Britain (WGGB) have today (29 April 2022) called for reform of the vanity publishing sector. The trade unions have jointly published Is it a steal? An investigation into ‘hybrid’ / paid-for publishing services to expose widespread bad practice among companies that charge writers thousands of pounds to publish their books while locking them in to long-term contracts.

These companies which often refer to themselves as ‘hybrid’, ‘partnership’ or ‘contributory’ publishers often adopt aggressive marketing tactics, manipulative sales approaches, unclear contracts and publishing processes and provide services that fall far short of expectations and value. The unions say these companies typically prey on writers’ desperation to be published and lack of knowledge of how the complex publishing industry works. Their paid listings often appear at the top of online search results for terms such as ‘children’s publisher’ or ‘crime publisher’, above the listings of real publishers.

In a survey of 240 writers, the unions found that 94% of those who had paid to have their book published lost money, typically in the thousands. Most paid over £2,000 to publish their manuscripts and on average sold only 67 books, earning just £68.

As one survey respondent said, ‘After four months of unsuccessfully trying to get more support from the company, I gave up trying to contact them. My first royalty statement shows earnings of £30. I see the £2,000 I paid them as lost.’

Another who in return for £2,300 ‘received the ebook, 25 physical copies, 10 posters, 25 postcards, 100 flyers and 50 bookmarks – after which I believe the company washed its hands of me’. And another who paid £5,000 said the process ‘completely destroyed my faith in their ability to produce a book and market it effectively, and the experience has dented my confidence in publishing in general’.

The survey found that the average loss for a writer in a ‘hybrid’ / paid-for publishing deal was £1,861 with some writers reporting losses as high as £9,900. 59% of writers said their book was not available to buy in bookshops, supermarkets and retail outlets. Only three in ten were informed about their statutory Consumer Rights to cancel with 14 days.

Speaking about the report’s findings, Nicola Solomon, chief executive of the Society of Authors, said, ‘What we’re seeing here is a hijacking of the term publisher. These companies are not traditional publishers. They provide a service and should market it as such so as not to mislead writers.’

The unions have called on companies that charge writers for publication to commit to 15 key publishing principles to ensure clarity, fairness and professionalism in their work.

Ellie Peers, general secretary of the WGGB said, ‘we will be stepping up our campaigning work to educate and protect authors and to call on ‘hybrid’ / paid-for publishers, trade bodies and advertisers to step up, stamp out and stem the tide of this worrying and growing trend.’

The full publication, Is it a steal? An investigation into ‘hybrid’ / paid-for publishing services, is available to download from societyofauthors.org/IsItASteal.

Press release distributed by Pressat on behalf of Society of Authors, on Friday 29 April, 2022. For more information subscribe and follow https://pressat.co.uk/ 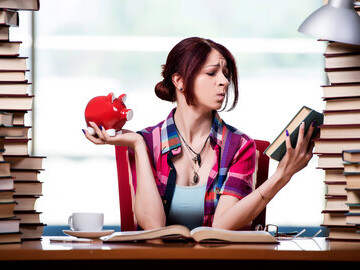 Is it a Steal? - an investigation into vanity... 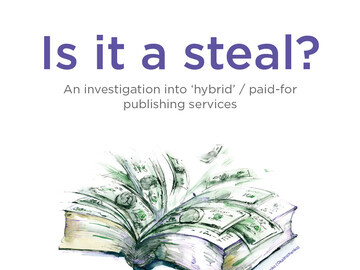