Electrification is the current optimal solution on heavily-used parts of the UK railway.

The Campaign to Electrify Britain’s Railway welcomes the report by the Transport Committee into Rail Infrastructure Investment. The Campaign passionately believes that a long-term rolling programme of electrification is the best way to deliver benefits to passengers, support the UK’s environmental goals and support the UK economy.

We are pleased that the Transport Committee has confirmed in their report that electrification is “the current optimal solution on heavily-used parts of the railway.”

We also agree, as stated in the report, that the Government did not consider “reduced long-term costs and improved environmental sustainability” when cancelling schemes.

Campaign Spokesperson Noel Dolphin, said: “We have campaigned against electrification cancellations by the government, as the worst type of short-termism. Those who care about the rail industry, the UK economy and passengers see that electrification is the optimal solution for the UK Railways. A huge percentage of money spent on electrification is spent in our regions training new apprentices, on work provided by SMEs and providing better connectivity between our regions. If the government accepted and implemented the findings of the report, it would be a huge boost for the whole of the UK.”

Press release distributed by Pressat on behalf of Campaign to Electrify Britain's Railway, on Thursday 28 June, 2018. For more information subscribe and follow https://pressat.co.uk/ 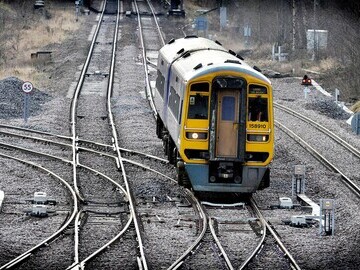