A new comprehensive report on the ‘State of FOI in Local Government’, published today, by eCase, reveals that over a third of local government FOI practitioners don’t believe that current FOI legislation is fit for purpose. It also reveals that only half of UK councils are answering the required 90% of FOI requests within 20 days.

This newly-released report is the outcome of an in-depth research survey of local government FOI practitioners. The report looks at how councils are performing, what factors impact performance, and current attitudes towards FOI legislation and its profile within the public sector. It concludes with what the model council looks like in terms of performing at the optimum level.

Its key findings are that:

Commenting on the report, Lynn Wyeth, FOI Officer & Doctoral Researcher at De Montfort University states that, “Whilst there was a smattering of Freedom of Information research undertaken a few years after the Act was implemented, there has been very little undertaken in the United Kingdom particularly focussing on ‘how’ local authority officers actually ‘do’ FOI. Previous research looked at quantities of requests, and who made requests, but rarely looked at the procedures around processing requests. The report presents interesting statistics about performance which could generate a bigger conversation around there needing to be a more centralised repository so the public can easily see how compliant their local authority is and to compare it with others.”

Speaking on behalf of eCase, Richard Clarke, Director, said, “Whilst there is a lot known about FOI at a central government level, research at a local government level has been limited. Our research surfaces some key results and sentiments that have likely been operating under the radar for some time. Whilst there are many high-performance councils, there are also many that appear to be struggling. The main aim of the research is to highlight the key factors that contribute to good performance and detail how these can be implemented. We also felt it was important for our research to highlight the obstacles faced and the sentiment surrounding the FOI Act, both from practitioners themselves and from other service areas.

“I believe that the insights and recommendations in this report will provide local government and the wider public sector, with a clear roadmap for improvement.”

The State of FOI in Local Government report is available, free of charge, to the public sector and members of the press. Request your copy at ww3.ecase.co.uk/foilg

Press release distributed by Pressat on behalf of eCase, on Monday 11 October, 2021. For more information subscribe and follow https://pressat.co.uk/


ww3.ecase.co.uk/foilg
Front page of the report 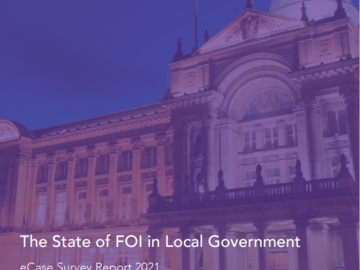 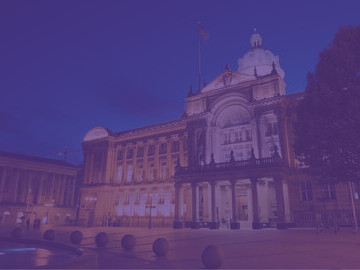