Actions of former Revlon Healthcare company "Armour" will be examined by the Infected Blood Inquiry on Wednesday 29th September. It is the UK's largest-ever public inquiry.

Jason Evans founded the Factor 8 campaign group, which represents those impacted by the contaminated blood scandal. His father, Jonathan, died from AIDS & Hepatitis C in 1993 when Jason was just 4-years old. Jonathan was infected with the viruses after using infected blood products, which included the Armour product "Factorate".

Thousands of haemophilia patients were infected with HIV and Hepatitis C in the 1970s and 80s through infected blood products supplied through the NHS. Of the 1,243 infected with both viruses in the UK, most were dead by 1996. Many of the products, such as Factorate, were imported from overseas, where blood plasma donors were often paid.

Canada brought criminal negligence charges against the former Revlon Healthcare company in 2002 over HIV infections there, but there has been no investigation in the UK until now.

Jason Evans said: "This is long overdue, the companies that profited from the contaminated blood scandal have avoided the spotlight for decades; finally, they will be scrutinised. My father received Armour Factorate products throughout the 1980s; long after the risks were well known within Revlon Healthcare's subsidiary, he first tested positive for HIV in 1984, and he was dead less than ten years later. All of the families impacted by this deserve answers; we've never even received an apology from this company that lined its pockets and killed people in the process."

In a controversial written statement to the Inquiry ahead of hearings, Revlon Inc. has contended that it doesn't bear responsibility over the scandal, due to changes in Revlon's corporate structure, but said it is "very mindful of the pain and suffering of victims and families involved in this tragedy and expresses its sympathy to those who have been impacted by the issues which are the subject of this Inquiry".

The Infected Blood Inquiry is chaired by former high court judge Sir Brian Langstaff. Evidence sessions on Armour begin on Wednesday 29th September at 10am from Aldwych House, London. Hearings will also be streamed live on the inquiry YouTube channel. 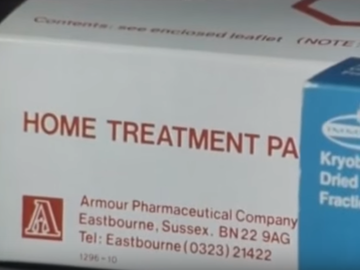 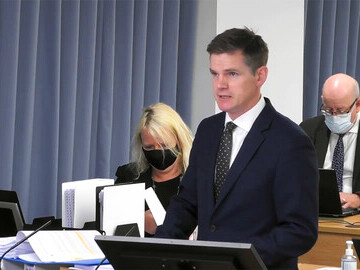 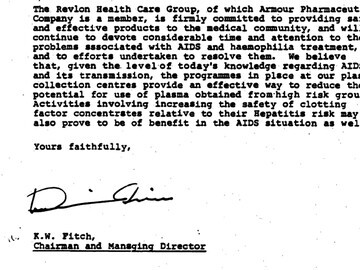