My staff and I work hard to ensure owners get exactly what they want. People love their animals in this country and that is why we model our approach

Chestnut Lodge Pet Cemetery in East Grinstead has just celebrated its 50th anniversary and owner Stephen Mayles has been looking back on its remarkable history over the last half century. Here he talks about the changes to the industry over the decades and how he stumbled into it by accident – giving a dignified and caring send-off to all types of creatures, from cats and dogs to chickens, snakes and lizards. Some people have even had their ashes buried in the cemetery with their pets.

Pet cemetery owner Stephen Mayles’ first experience of burying an animal was in Bahrain where he dug a grave for his cat in the 35-degree heat of the desert.

He placed him in the ground with his favourite toy between his paws and then threw the soil on top, watched by his late wife Susanna. Together they stood for several minutes to pay their final respects to the little white and black cat they had taken in as a stray.

It was the early 1980s and Stephen was working there as a land surveyor. In his spare time, he was a volunteer with the Bahrain Society for the Prevention of Cruelty to Animals. The cat had previously been brought into the charity’s sanctuary with an injured leg.

Stephen and his wife took the beautiful animal home to see if they could help him and he soon won them over with his affectionate ways. But sadly, their new playmate was diagnosed with a degenerative bone disorder and eventually they had to have him put to sleep.

At that point, they asked the young Australian locum vet on duty what would happen to their cat.

Recalling the moment, Stephen, who is vice-chair of the Association of Private Pet Cemeteries and Crematoria, said: “I remember her reply. She said that, although she would like to say someone would come and carefully carry out a cremation, the truth was the body would be left for the municipality to be taken to the rubbish dump. So, we decided to take him back to the animal sanctuary and I buried our cat. That was my first experience of doing the type of work I do now.”

That initial encounter with the loss of a much-loved companion was to shape the way he runs his pet bereavement facility. In 1969, when Chestnut Lodge opened, it was one of the first pet cemeteries in the country, offering individual burials as an alternative to the usual, large-scale disposal of animals after death. Before then, they were either taken to a tip or a huge incinerator. Some may have even been harvested for their fur or used for animal feeds, as happened on the Continent. The idea of giving an animal a personalised send-off was novel.

Stephen says there are some people who still regard a pet funeral as unusual, but it is now an accepted part of losing a treasured furry friend.

“It is certainly my experience that more and more people want to give their animal a dignified and caring send-off. Pets are very much part of the family these days. They may often be child substitutes, although I have always viewed children as pet substitutes! But I think this reflects the need for most people to have some kind of ritual at the end of a life. It helps with the process of grieving.”

Stephen and his wife came into the pet funeral world by chance. The couple took over Chestnut Lodge from Michael and Pearl Laing after deciding they wanted to run a business together. The Mayles had both always been cat lovers and ‘after too many drinks one night’ made up their minds to have a cattery.

After six years in Bahrain, they returned to England and bought Chestnut Lodge cattery which came with a cemetery and a small pet cremation business opened in 1974.

Initially, they carried out about 10 individual cremations a month, with most of their work coming from veterinary practices which used a disposal company for mass incinerations. Then, in 1993 they began offering a communal cremation service, with the emphasis on handling pets respectfully at every stage of the cremation process – from storage and collection to the burial or scattering of ashes.

They introduced sealed, white body bags – to distinguish them from the black bin liners widely used by veterinary waste disposal services at the time – into which pets could be carefully placed and then laid respectfully into a freezer until they collected them from the vets. This they did at least twice a week to avoid refrigerators becoming crammed. All animals were labelled meticulously to identify them from the moment of death right through to the cremation or burial.

This system remains in operation today at Chestnut Lodge which as a member of the APPCC abides by its strict code of practice governing the dignified handling of pets and transparency. Animals are collected either individually on request, or in groups, and put on their own or side by side in solid containers in a van or car.

Chestnut Lodge now carries out around 240 individual and 90 communal cremations every month, compared to 200 and 150 respectively a decade ago. It also handles about 50 burials a year, up from 35 ten years ago. There are 280 plots with a mixture of formal burial, green burials and ashes plots.

The most popular type of interment is the green burial which is carried out without a coffin, with the plot marked by a small tree plaque and a shrub planted in the centre. The pet crematorium also offers an attended service where the owner can witness the proceedings and take the ashes home the same day.

“More people are now opting for individual cremation, but the fall in communal pet cremations that we have seen is largely due to the loss of veterinary practices using us for their clients. This is mainly due to surgeries being taken over by corporate groups which are switching to a single large operator that can collect all their pets, as well as their veterinary waste at the same time. Fortunately, more people are beginning to realise this and are coming to us direct.

“These services are not comparable with ours as the handling and cremation methods can be very different and often not what the pet owners are expecting. The existence of these huge conglomerations of corporate vets is leading to pets being taken from the surgery and often transported long distances to be cremated in giant incinerators. Often pet owners fail to realise that it is akin to a waste disposal service and the ashes of their animals can end up on landfill sites miles from home. For some it might not matter, but for many it is devastating to discover this reality.”

In that sense, says 66-year-old Stephen, the industry has turned full circle to the days when animals were disposed of en masse.

Some of his customers have been coming to him since the beginning, bringing several generations of their pets. Stephen’s own cats have also been individually cremated and their ashes scattered in their favourite spots. Chestnut Lodge has carried out burials and cremations for cats, dogs, rabbits, guinea pigs, chickens and hamsters, as well as cremations for birds, snakes and lizards.

“There are those who don’t feel the need to have a funeral for their pet and are happy with a simple disposal of the body once the life has gone. It doesn’t mean they loved it any less. I can think of one of my former cattery clients who adored all his cats but at the end of their lives said he was quite content for them to go off with the waste. However, many people want the direct opposite.

“We explain the options clearly so they can make an informed choice and everything is very clear in our brochure and on our website. The APPCC has been contacted by many distressed owners who left their pet with a vet and discovered when it was too late what had happened to the ashes. That would never happen here, because we clearly explain the options so they can make an informed decision. That is at the heart of the APPCC code.”

He added: “My staff and I work hard to ensure owners get exactly what they want. People love their animals in this country and that is why we model our approach on the expectation of a human service. Some people have even had their ashes buried in our cemetery with their pets.” 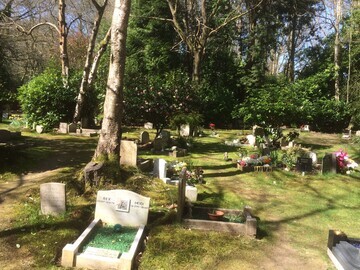 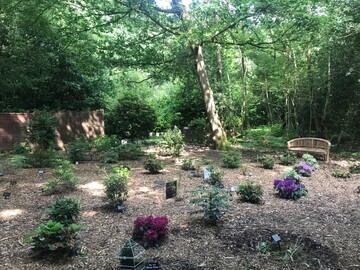 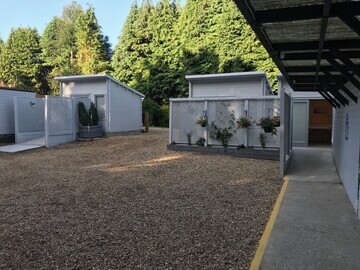 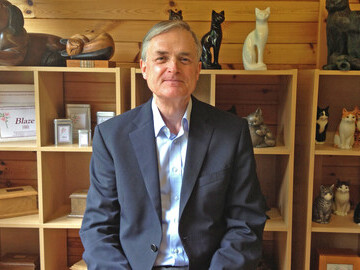