NORTHERN ARTISTS TO BE COMMISSIONED FOR THE NEW CREATIVES PROJECT

Emerging artists will be commissioned to make fresh and innovative short films, audio and interactive works in a new talent development scheme being launched today by BBC Arts and Arts Council England, with Newcastle’s very own Tyneside Cinema being chosen to represent the North of England.

New Creatives will give artists aged 16-30 the chance to develop their technical and creative skills and have work commissioned for BBC platforms. The programme will particularly focus on giving opportunities to young artists from backgrounds that are currently underrepresented in the arts and broadcasting.

Tyneside Cinema is one of five regional lead organisations (named New Creatives Network) with a remit to reach young talent and to provide a pathway into the sector, providing opportunities for young artists to develop professional and creative skills, and to encourage them to push their own creative boundaries, reach new audiences and reflect their experiences of living in Britain today.

Ian Fenton, Director of the award-winning Learning and Participation programme at Tyneside Cinema said, “We are delighted to have been selected as one of the five creative organisations tasked with representing New Creatives. As a team, our work will be focussed on the North of England, our ambition is to not only find emerging artists and filmmakers, and by that we are very keen to include those who may be dynamic, talented creatives in their own right but who have not necessarily had the support they need to develop their talent. We’ll then be looking to work with a select group of those artists to nurture, mentor and showcase their work in a multitude of ways, with the support of BBC Arts and Arts Council England.”

The Tyneside Cinema is known in the North for its extraordinary work with young people and creating pathways for growth in the film industry. As such it was recognised by the Royal Television Society who presented the team with an award in recognition of success in talent spotting and developing the next generation of film-makers. In particular, the cinema was considered to have excelled in their production of 24 short films for Channel 4’s Random Acts – a 2016 programme which showcased the talents of 16 to 24-year-olds from across the region.

Jonty Claypole, Director of Arts, BBC said: “The BBC has a long tradition of providing a platform to new talent and as part of this commitment we are partnering with Arts Council England for New Creatives. The scheme will offer fantastic opportunities, not only for the artists themselves but also for our audiences, who will be able to enjoy ground-breaking cultural content from an exciting array of the best emerging artistic talent today. New Creatives, along with Now & Next in Scotland, Two Minute Masterpiece in Northern Ireland, and a soon to be announced scheme in Wales, are all part of BBC Introducing Arts – a new way of offering commissioning opportunities to artists. I am really looking forward to seeing what they create for the first broadcasts this summer.”

Simon Mellor, Deputy Chief Executive Arts & Culture, Arts Council England said:“New Creatives is designed to build strong partnerships between arts and cultural organisations that we support across the country and their regional BBC counterparts. I am confident that these partnerships will unearth some really exciting, new voices and help develop a cohort of artists skilled in creating new types of content for radio, TV and online. New Creatives is a fantastic next stage in our long standing partnership with the BBC.”

Each New Creative hub has today publishedthe first call out inviting artists to apply for the first round of commissions. Details of how to apply can be found here.

The deadline for applications is midnight, Sunday 10th March 2019.

TYNESIDE CINEMA
Tyneside Cinema is a charity and the North East’s leading specialised cinema and digital arts venue and is located in the heart of Newcastle upon Tyne. Open since 1937 Tyneside Cinema is the last surviving news theatre still operating as a cinema today. Conceived, designed and built by Dixon Scott, a local entrepreneur and the Great Uncle of film directors Sir Ridley and Tony Scott, the cinema welcomes over 500,000 people every year and its Grade II-listed building has been lovingly restored to preserve and celebrate the grandeur of its original Art Deco design. The Tyneside offers a rich and diverse artistic programme of film, exhibitions and events across film, artist film and film heritage for audiences of all ages and from all walks of life and has a strong commitment to children and young people, delivering a significant and highly regarded learning and participation programme. Tyneside Cinema is an Arts Council England National Portfolio Organisation and is part of the British film Institute’s Film Audience Network. www.tynesidecinema.co.uk/new-creatives

BBC ARTS
The BBC is the biggest creator of arts content and is Britain's creative partner – a stage for the nation to experience the very best arts; when they want, how they want.

• An Innovator: constantly finding new ways to bring the best quality culture to audiences; working with the arts sector as partner and acting as a hot house for new talent

• Britain’s creative partner: a bold force in the UK creative sector as creator and commissioner, also a platform for new talent

• An investor in quality: we only present the highest quality arts and culture programming, crafted by skilled production teams and shared with all audiences

• Bringing the nation together: like no other we create and amplify moments in arts and culture, cutting through with a broad audience

Arts Council England is the national development body for arts and culture across England, working to enrich people’s lives. We support a range of activities across the arts, museums and libraries – from theatre to visual art, reading to dance, music to literature, and crafts to collections. Great art and culture inspires us, brings us together and teaches us about ourselves and the world around us. In short, it makes life better. Between 2018 and 2022, we will invest £1.45 billion of public money from government and an estimated £860 million from the National Lottery to help create these experiences for as many people as possible across the country. www.artscouncil.org.uk

Press release distributed by Pressat on behalf of Crystallised, on Thursday 7 February, 2019. For more information subscribe and follow https://pressat.co.uk/ 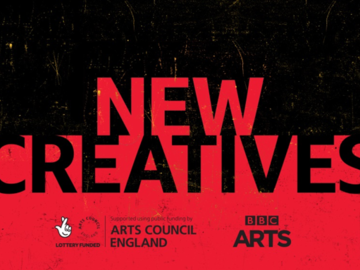 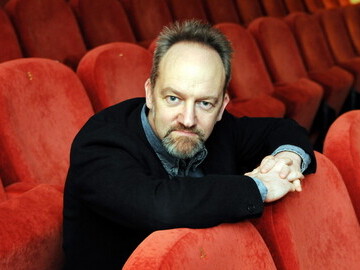