One Cell At A Time, a digital exhibition featuring new work by thirteen commissioned artists, opens this month, on the 29th October 2021. The exhibition explores the human body on a cellular level and is inspired by the pioneering scientific work of the Human Cell Atlas research initiative.

The Human Cell Atlas is an international scientific research project creating a map of every cell type in the human body. This map will transform our understanding of biology and disease and transform how we diagnose and treat illnesses.

Artists partnered with researchers and scientists to explore the biological and cellular make-up of the human body, as part of an ambitious programme of public engagement activities with the Human Cell Atlas project. The art/science collaborations resulted in commissioned, interactive artworks ranging from augmented reality to experimental moving image, from performance to poetry and from sound art to film pieces.

Primarily a digital exhibition, One Cell At A Time will also see live, in-person events in cities around England, in Oxford, Cambridge, Newcastle and London.

In Sensory Cellumonials, artist duo Baum & Leahy guide us through a series of visual and aural meditations informed by each of our five senses. Each meditation imagines a future entirely transformed by our understanding of cellular biology.

Call of the Silent Cell by boredomresearch (Paul Smith and Vicky Isley) is an experimental film informed by scientific research into the immune system. It also taps into broader concerns about the symbiosis of biomedical and environmental health. The film follows an older man as he wanders through a forest, meditating on the fragility of his body and the environment. A storm arrives, ‘not of breath and air but of cells and their signals’, revealing a disturbance in the body, an immune system in overdrive. As he emerges from the storm, the man gains new wisdom that his bodily health is deeply intertwined with the life of the forest.

Anna Macdonald, a dance and moving image artist and course leader at MA Performance: Society at Central St Martins (UAL), presents Ways of Doing Things. The series of films, images and text created in collaboration with transplant recipients focus on the wonder of finding a pattern and of matching and mapping connections with others. The resulting films show simple, evocative gestures and movement of hands, in what is termed a ‘hand dance’. The films are a response to questions around how, who and what, we might match with, in both one-to-one settings and with people around the world.

An augmented reality journey by Stacey Pitsillides called Donate Yourself tells stories of care, trust, immortality and consent. It questions how we might see our body and data after death and aims to create debate about how we want to see ourselves and the critical role we play in scientific discovery.

Constellations, a commission in partnership with the RSA, is an experimental short film and online publication by artists Esther Teichmann and Christopher Stewart. The montage film draws upon surrealist layering and juxtapositions to explore the intertwining narratives of the research of the Human Cell Atlas.

Suzy O’Hara, One Cell At A Time exhibition curator, said: “By bringing together the two disciplines of art and science in this way, we have created an exhibition that can transform the way people think about scientific research and donation. Not only are the artist commissions captivating, diverse and exciting - they will also be revelatory for many visitors. Artists have worked with scientists and researchers from the Human Cell Atlas and with local communities across the UK, to offer an entirely new perspective on their pioneering scientific work. As a result, we can initiate more conversations and explore brand new ways of understanding research and advances.”

Dr Muzlifah Haniffa from Newcastle University and the Wellcome Sanger Institute said: “The One Cell At A Time exhibition presents, explores and communicates the intricacies of the scientific research of the Human Cell Atlas in a unique way. As these artistic commissions have unfolded, we have seen novel ways to engage communities and deepen public understanding of our research. Now, as the commissions come to fruition, we’re keen to see how members of the public connect with and respond to these artistic reflections and creative expressions of our scientific research.”

The One Cell At A Time project also included a Maker Jam, which created four micro-commissions for the exhibition.

In the online Maker Jam, technologists, scientists, artists, and engineers collaborated to respond to problems creatively. The hackathon-style event asked attendees to respond to the scientific work of the Human Cell Atlas and resulted in four new artworks for the One Cell A A Time exhibition. This includes an interactive video artwork examining the movement of our bodies. Inspired by the questions posed by artist Anna Macdonald, Jazz Gestures by Erica Calogero allows visitors to remix and reengineer the movements of an avatar dancing along to jazz, acting as a virtual choreographer.

In an accompanying education and creative learning programme, three teenagers from Cambridge won a nationwide competition to develop an idea for a card game based on the work of the Human Cell Atlas. With the help of game designers and educators, the card game AcCELLerate has now been manufactured and will be part of the One Cell At A Time exhibition.

The One Cell At A Time exhibition will be online from 29 October – 30 November at www.onecellatatime.org, complemented by online and offline events in four cities across the UK. One Cell At A Time is led by the Wellcome Sanger Institute, located near Cambridge with collaborations across Cambridge, London, Newcastle and Oxford.

One Cell At A Time is funded by the Wellcome Trust Grant 218597/Z/19/Z and aims to connect Human Cell Atlas scientific research with the public through art and community projects.

Press release distributed by Pressat on behalf of Crystallised, on Wednesday 13 October, 2021. For more information subscribe and follow https://pressat.co.uk/ 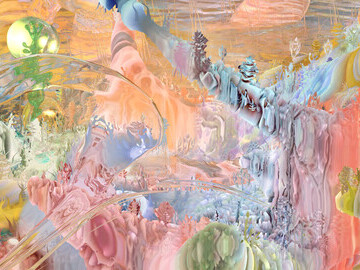