£500million per year investment in the UK

Blackhall Studios is today proud to announce initial agreement with the University of Reading for Blackhall to develop the largest purpose-built film studio and digital creative hub complex in the UK.

A new state-of-the-art film studios, incorporating extensive purpose-built digital production facilities, represents the first UK investment for one of the leading US studios, based in Atlanta. Blackhall Studios has already produced some worldwide successes, including current box office hit Jumanji: The Next Level.

With the creative industry in the UK losing out to European destinations due to a lack of available space, this new facility is a significant boost to the UK-wide creative economy and shows the confidence in the UK.

Located west of London on the outskirts of Reading, the new studios are ideally located to make the most of the creative corridor being developed through Thames Valley. It is set to employ up to 3,000 people, including 1,500 directly on site and contribute over £500million per year to UK Plc.

The Studios will be developed to the highest environmental standards, in line with Thames Valley Science Park’s and the University of Reading’s values around sustainability and climate change.

Ryan Millsap, Chairman and CEO of Blackhall, said: “We are excited to be establishing a base in the UK. Blackhall is the global standard for entertainment production space and our US-based clients like Disney, Universal and Sony are all asking us to expand into the UK to meet their desire to create productions here. They wouldn’t trust just anyone to meet their high standards, so we are delighted to serve them in this way.

“We are very excited about the prospect of investing in the UK creative industries as one of the most vibrant markets in the world. We hope that the site at Thames Valley Science Park will be the start of a series of investments in the UK which will see investment in jobs, training and the creative arts across a range of disciplines. The UK has a wealth of talent that our UK companies recognise and want to partner with for decades to come.”

Blackhall will combine its film studio management experience from its studios in the United States with the expertise of the UK team headed by Nick Smith, previously Executive Director with Pinewood-Shepperton plc.

The deal marks Blackhall’s entry to the UK market and is the first of several investment opportunities being considered and it is hoped that the new facility will be open early in 2022.

Blackhall Studios is in discussions with the University of Reading, which owns Thames Valley Science Park, to bring proposals forward which will not only benefit the economy, but also its students, the local community and the environment.

Sam Foley, Chief Financial Officer of the University of Reading, said: “We are delighted to be talking to Blackhall Studios, whose proposals would build a whole creative hub at Thames Valley Science Park.

“These proposals will boost the creative and cultural economy of our region.”

“Britain has an enviable array of filmmaking talent, but the industry is short of high-quality studio facilities capable of catering for the new and emerging technologies that will form the core of television and film production in the future.

“Our proposals support the UK Government’s desire to see this sector’s annual inward investment deliver £4bn by 2025. Blackhall is committed to play its part in making that vision a reality. This initial investment of £150 million into the UK economy will create a new powerhouse of creative production and educational achievement, as well as generating up to 3,000 new jobs.”

Blackhall was assisted in securing a site by officials at the Department for International Trade (DIT), who have been working with the business over the past year. DIT officials worked with teams in Atlanta and Los Angeles, as well as the Department for Culture, Media and Sport (DCMS) to secure the investment.

Further information can be found on the website via https://blackhallstudios.com/.

Blackhall Studios - founded in Atlanta, Georgia - currently operates one of the largest and most successful physical production movie studios in the world. In 2017, 15 of the Top 100 grossing films were made in Atlanta –the same number made in the UK that year.

Blackhall’s extensive client list includes most of the top US film and high-end TV production companies who have made some of the biggest movies of the past few years there, including Venom, Godzilla: King of the Monsters, Dr Sleep, and Jumanji: The Next Level.

Blackhall currently has one of the most experienced teams in the industry including key personnel that turned UK studios into the world’s premier locations with operations across the globe.

Thames Valley is an ideal location to base the new studios.

The University of Reading is a research-driven global university with strengths in the environment, health, business and arts. Its Department for Film, Theatre and Television provides a unique practical and theoretical approach to the study of screen and stage. The department is based in the purpose-built Minghella Studios at the University’s award-winning Whiteknights campus. www.reading.ac.uk

TVSP, fully owned by the University of Reading on land beside the M4 motorway in Shinfield, Berkshire, provides state-of-the-art space for modern business and high-tech companies, with links to the University’s core areas of teaching, research and innovation. www.tvsp.co.uk

In their “UK Film & TV Property Market Report 2018” Lambert Smith Hampton estimated that an additional 1.8 million square feet of studio space will be required by 2025.

Ryan Millsap is the Chairman & CEO of Blackhall Studios. In his roles at Blackhall, Ryan oversees the long and short term strategy of the studios, staying involved on a daily basis to provide leadership and direction for the company and its assets. Blackhall’s production clients include Disney, Sony, Warner Brothers, Universal, Lionsgate, Legendary, Paramount, and HBO. “Venom”, “Jungle Cruise”, “Dr. Sleep”, “Godzilla” and “Jumanji” have all been filmed at Blackhall.

Blackhall Studios is currently in development of more than $700MM of global expansion of studio space in London, Atlanta, and Los Angeles.

Nicholas “Nick” Smith is one of the most highly regarded studios facilities executives in the world. He has likely planned, operated and marketed more premier studio facilities than any other individual. With more than 25 years in the industry, Nick most recently served as Executive Commercial Director on the board of Pinewood-Shepperton plc, where, over the last decade, he transformed the studios from a heritage business into the leading global studio facilities brand, with owned or licensed operations in the UK, USA, Canada, Malaysia and the Dominican Republic.

Nick was central to the October 2016 sale of the company for over £420 million and remained with the company for a transition period. He is now committed to creating the next global success for studio facilities and media related services and is currently working on a variety of studio projects across the UK, Central Europe and North America. 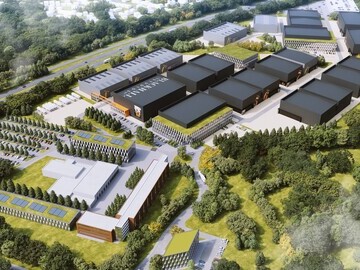 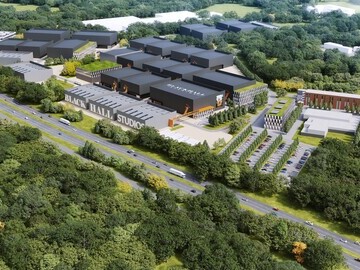