The British Association of Anger Management (BAAM) is launching the UK’s only anger management course especially aimed at parents in March 2022. Understanding Anger for Parents will also help anyone working with children including teachers, learning mentors, social workers, counsellors, and psychologists.

Uncompromising work schedules and other frustrations make it difficult for parents to cope. BAAM hopes to provide support. Understanding Anger for Parents will coach caregivers in anger management techniques aimed at developing a meaningful, constructive relationship with children. Families can avoid power struggles that carry on into the teenage years and even beyond, averting a great deal of stress.

“It’s okay to feel angry with children, but when we lose our cool with a child we give our power away,” says Mike Fisher, author of Beating Anger BAAM co-founder. Anger for Parents aims to empower whole families and create fulfilled, secure lives for mum’s, dad’s and children.

Understanding Anger for Parents launches alongside the Welsh’s government’s ban on smacking children, which becomes law on March 23rd 2022. The legislation is similar to that in Scotland. Smacking is banned in 63 different sovereign states including Germany, Spain, India, Israel, South Korea and South Africa.

The course will be Led by Mike Fisher and fully-accredited BAAM anger management coach Ronnie Turner, a parent of a young child herself.

“Children can push our buttons like nothing else,” says Ronnie, “but behind that anger are our own needs and wants. Anger for Parents teaches an understanding of this process, and how to communicate those needs and wants in an unthreatening way. This approach to parenting gets better results and teaches children how to be more assertive themselves, too.”

Smacking bans have achieved further support in light of research around ‘adverse childhood experiences’ (ACEs). These strongly impact mental and physical health, plus prompt dysfunctional behaviour and other struggles in later life. Other punishments like shaming behaviour, ‘the silent treatment’, and simply an adversarial environment leads to similar results as physical punishment. Antagonism between parents and offspring can last for life: “The best way to annoy your parents is to stay unhappy,” says Mike, speaking from his rich experience of working with angry families.

Children often appear unmanageable when parents feel overwhelmed. Anger for Parents teaches mums and dads how to identify their anger, understand how it’s expressed unhealthily, and provides alternatives that encourage cooperation – both immediately, and as children mature. Plus, the emotional intelligence skills taught on Understanding Anger for Parents don’t just help with managing children – they can be very useful at work and in all other areas of life too.

For interviews with Ronnie Turner or Mike Fisher, and any further information, please email admin@angermanage.co.uk with ‘Media Enquiry’ in the subject line. Notes for editors follow on page two of this press release below.

About The British Association of Anger Management (BAAM)

The British Association of Anger Management was formed in 1999. It is considered the UK’s most trusted and successful anger management agency having treated over 20,000 people.

Its coaching rooms have hosted journalists from The Sunday Times, The Daily Telegraph, The Daily Mail, Stylist magazine and many more. Co-founder Mike Fisher is regularly quoted in broadsheet newspaper articles and was even recently interviewed by style bible The Face. BAAM has won various awards including CV Magazine’s Best Mental Health IPO in 2018, 2019 and 2020.

95% of BAAM’s clients have never experienced any form of therapy before. Many are referred via the workplace or family support teams. Patients are taught techniques to control inappropriate temper outbursts. They are also taught to read and communicate their own emotions more effectively, creating more harmonious relationships with their colleagues, friends and loved ones.

Mike Fisher, ‘the brains behind BAAM’ has over 30 years of experience in the field of personal and professional development. He’s considered one of the leading experts in the field of anger management worldwide, and makes regular appearances in the UK and international mainstream media.

Mike’s TV credits include Big Brother’s Little Brother, BBC1’s Violent Fathers, BBC3’s Can’t Stop losing My Cool, C5’s Beat It: Angry with My Father and many more. His book Beating Anger (2005) has sold over 70,000 copies in the UK alone. The sequel, Mindfulness and the Art of Managing Anger, is also published internationally.

Ronnie has worked as a trainer and facilitator for many years in the field of trauma and bereavement. She has delivered workshops all over the UK and created national training programmes for organisations such as the Royal College of Midwives.

As a mum herself, Ronnie knows how easily children can push our buttons and how hard it can be to control our anger. After completing an Anger Management programme with BAAM herself, she trained with BAAM’s Anger Academy as a coach and facilitator. Ronnie is passionate about helping parents to learn the tools and techniques she now uses herself - that nurture respect, trust, connection and happiness within families.

Press release distributed by Pressat on behalf of The British Assoc of Anger Management, on Wednesday 16 March, 2022. For more information subscribe and follow https://pressat.co.uk/ 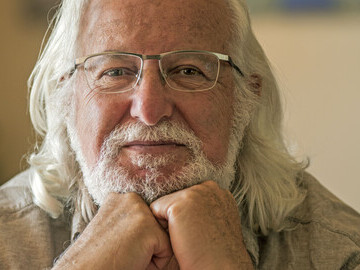 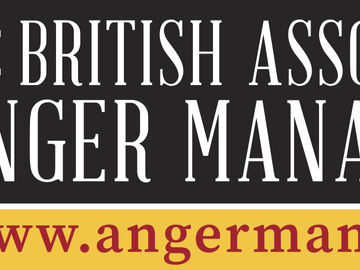