HAC issued a public statement saying, “There are many pastors who are instigating to use coercive conversion as a means to make money”

An event took place in London on 6 January 2019 to remember the death of Ji-in Gu, a 27 year old woman who lost her life due to forced conversion.

This event in London follows the demonstration on December 29, 2018 in Cheongwadae, South Korea organised by the Human Rights Association for Victims of Coercive Conversion Programs (HAC). This took place a year ago and was held to urge the South Korean government to pass a law banning coercive conversion programs.

The memorial in London Bridge took place this weekend, as the first anniversary of the death of Ji-in Gu is fast-approaching.

According to HAC, Ji-in Gu was kidnapped and locked up at a house in Hwasoon, Jeonnam last year on December 29 by her own family. She was forced to go through with a conversion program, but she refused and died from asphyxiation on January 9th. Investigation results are not yet available.

Gu was a congregation member of Shinchonji Church of Jesus was given this forced conversion therapy by a Cult Counseling Center who were approached by her parents to force her to convert. This was not the first time she was subjected to this forced conversion therapy. In July of 2016, she was confined against her will for 44 days at a Catholic convent in Jeonnam and forced to convert.

Following her confinement, Gu submitted a petition to the Korean Government (Cheongwadae) in July 2017 detailing the Korean Cult Counseling Center's inhumane practices. She outlined the treatment she experienced and urged the government to make coercive conversion punishable by law. Her petition, however, was ignored and she ultimately came to an untimely death.

After the death of Gu, the members of the HAC petitioned and pleaded with the Korean Government and the judicial authorities, urging them to take action. They, however, gave an unsatisfactory response stating that the constitution ensures the right of freedom of religion and therefore the governing body cannot intervene in religious matters.

“There are 150 accounts of coercive conversion from this year alone," and that, "While the government is tiptoeing around the mainstream Christian organisations, there will be more victims like Gu.”

“There are many pastors who are instigating to use coercive conversion as a means to make money” and that this is because, "Coercive conversion is not punishable by law and so these pastors are infringing on human rights at whim.”

“After the death of Gu, we held various protests in and outside of this country to gather signatures for a law to be passed to make coercive conversion punishable by law. The amount of signatures we got were over 1,000,000. The international community is appalled at such violation of human rights taking place in the Republic of Korea. It is now time for the government to realize the severity of the situation."

Press release distributed by Pressat on behalf of Association of Victims of Coercive Conversion programmes (AVCCP), on Sunday 6 January, 2019. For more information subscribe and follow https://pressat.co.uk/

Commemoration of the death of Ji-in Gu 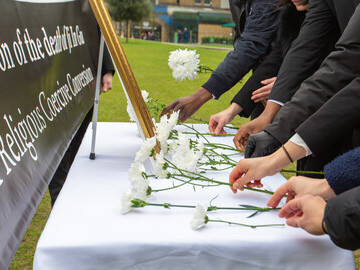 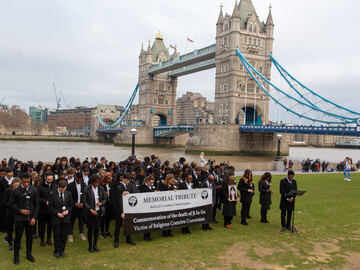