Everything You Need to Know About Plastic Recycling Success

Envisage a plastic-free world; 100% of global plastic bans and veering to plastic alternatives. Now, think of the impact on the environment, manufacturing, and the global economy. One of the major reasons behind Scyphus' shift of focus from PE coated recyclable paper cups to Bioplastic coated paper cups, has been the growing concern in UK and Europe over growing landfills and plastic waste clogging the planet. We try to keep our customers well informed on the necessity to shift to PLA/Bioplastic Printed Paper Cups, and many customers have shifted to Biodegradable Paper Cups in recent times, but still a long way to go.

We all know the harms of plastic and how unmanageable plastic pollution has become. But, with the world split on banning plastics, some countries continue to fast track plastic bans, while others are hell-bent on exploring plastic recycling and its viability.

Norway has now become a plastic recycling model, and many countries from afar and wide send emissaries for learning missions.

There are several countries around the world which opted for aggressive recycling. Austria, South Korea, Slovenia, Belgium, and Switzerland are some countries with high rates of recycling. None of these countries, however, stand out for plastic bans.

Why Plastic Recycling Instead of Plastic Bans

It’s apparent, countries bold on recycling, lag in implementing plastic bans. So, why do they opt for plastic recycling?

Since plastic’s invention in the 1950s, its usage has been on the upward trend. In 2017, the world produced over 348 metric tonnes of plastic. Plastic for sure covers many needs in homes and businesses, but it accounts for 13% of municipal waste.

Most bans target plastic bags and bottles, and flounder in other plastic items. The latest plastic alternatives only cover the banned plastic items or are initiatives of individuals and companies hell-bent on conserving the environment.

Meaning, plastic bans without aggressive integration of alternatives could be a wild-goose-chase.

According to Infinitum, their goal is to a counter ongoing production of new plastics and recycle to reduce demand pressure.

It’s a move they deem realistic by taking into account the regular oil consumption and the high economic demand for plastics.

Recycling embraces a circling economy by cutting down on the existing plastic wastes in landfills and recycling them for an unlimited number of times. Infinitum reports, they recycled some bottles over 50 times which is incredible.

Banning plastics has brought forth a myriad of challenges to businesses, customers, and the environment. While some countries cite success with plastic bans, others encounter issues ranging from a rise in unemployment rates to a swarm of unsafe alternatives. Besides, the pursuit of other options can lead to the destruction of forests for virgin paper products.

Incorporation of recycling programs can help counter the drastic effects of abrupt and unplanned plastic bans.

The menacing effects of plastic pollution call for smart strategy. Norway used a remarkable system of incentivising plastic recycling. In the country, companies which embrace recycling accrue tax cuts which raise to 100% if they recycle over 95% of their waste. Meanwhile, customers leave a deposit with a seller every time they purchase a plastic bottled product.

At recycling rates of 97%, Norway has achieved tremendous results; thus, their system has been efficient. You, however, have to give credit to environmental organisations like Infinitum, which embraced the incentives with open hands to develop a unique recycling system.

Another country which uses the deposit system method is the Lithuania which recycles plastic at rates of 74% and recently announced 91% returns in used beverage containers. The system entails customers depositing €0.10 for a purchased drink container.

As the European Union plans to implement the single-use plastic ban plan, there will still be many reasons to up plastic recycling efforts.

Plastic recycling has not been a bed of roses for countries at the forefront of the recycling bandwagon. First, the mixup of garbage has made it complex to separate and recycle plastics.

Wealthy nations which used to export plastic waste have faced challenges because of excess impurities in their waste.

China, a previous 45% world importer of plastic waste, imposed a ban because of contaminated material in the trash. The countries exporting to China never sorted the plastic material.

Until recently, Germany reveled in being a recycling leader. But to everyone’s surprise, the waste ends up being incinerated or exported to Asian countries. Germany had recycling rates above 60% and always topped global recycling ratings before Norway.

Germany has one of the best plastic waste recycling system. It’s law in Germany to categorise waste into specific coloured bins to allow for recycling of only pure plastic. Any noncompliance leads to fines of up to 2500 euros.

Germany showcased a challenge many countries intending to implement recycling should expect to face. Meaning, besides adept plastic recycling, all stakeholders must commit to 100% compliance.

Unpreparedness and inadequate recycling infrastructure have also been a considerable recycling challenge. Countries which used to export to Asian countries have to find alternative disposal means.

According to the Institute of Scrap Recycling, Washington, more plastic ends in incinerators and landfills now because of Asian countries plastic waste prohibitions.

The EU holds fears about banning plastic waste exports because not all her members have the infrastructure to implement plastic recycling. Instead, they intend to adopt a proposal from Norway to regulate plastic waste movement.

All nations can learn from Norway, but they must take into account all the challenges faced by countries like Germany. Plus, the war against plastics can succeed if by plastic recycling and using plastic alternatives like biodegradable paper material, bio-plastics, reusable bottles, and reusable shopping bags.

Press release distributed by Pressat on behalf of Scyphus Ltd, on Friday 11 October, 2019. For more information subscribe and follow https://pressat.co.uk/ 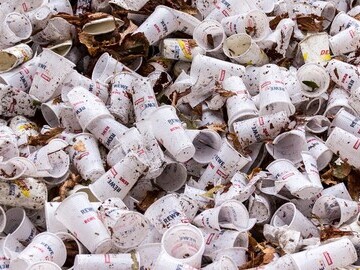 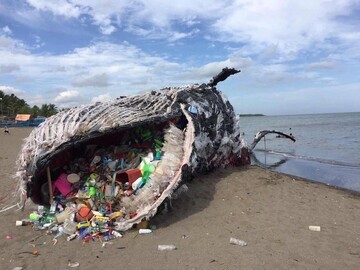 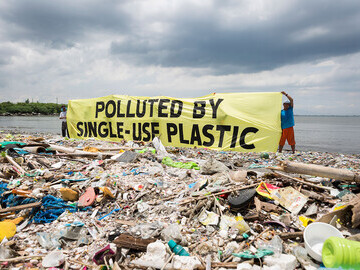 Everything You Need to Know About Plastic Recycling Success