MegaBus was found to be advertising tickets for routes such as Manchester to London but admitted that they were only allocating just one seat on the entire service for £1.

The public which complained to the ASA claimed that they felt MegaBus was misleading them with the £1 fares.

MegaBus is well known in the UK for providing £1 bus and coach tickets for budget savvy travellers with just a 50p booking fee.

The ASA felt that MegaBus were over promoting the £1 tickets, in September 2017 the firm pushed an advertisement on Facebook that with all intent and purpose advertised to the customer that several £1 tickets were available to purchase on the Aberystwyth to Birmingham route but the firm admitted that just 1 single coach ticket was buyable at £1.

The ASA said in its ruling that MegaBus could not make the same advertisement again in the future unless a significant number of coach fares were genuinely available to the customer.

A spokesperson for MegaBus said: "We have always provided clear and transparent pricing for all of our customers, including the many thousands who have taken advantage of our great £1 seat offer.

"While we will continue to offer seats from £1, in line with recommendations from the ASA, we have decided to focus our marketing on the great value that all Megabus fares offer, along with welcome extras such as on board Wi-Fi and charging points."

Two main ASA complainants, stated they searched for coach tickets and genuinely believed that fares were not available at the £1 price, then challenged whether the claim “fares are from £1* advert” was misleading them could be substantiated by MegaBus.

Some industry commentators have said that the ruling could set precedent for future companies advertising goods and services at low prices but where only a very small number of items were available at the cheaper price. These advertising tactics are not news, many supermarkets and travel agencies have deployed this to lure customers into buying with them under the veil of cheaper prices.

A MegaBus spokesperson told the BBC that futureadverts would take a different approach.

Press release distributed by Pressat on behalf of Greg Bush, on Thursday 14 February, 2019. For more information subscribe and follow https://pressat.co.uk/

Greg Bush greg.bush@pressat.co.uk
http://www.pressat.co.uk Greg Bush is currently working as the Deputy Editor for Pressat's food and business desk. Previously wrote for the Financial Times and Italia Media. He also spent time as a reporter for Dow Jones.
Visit Newsroom 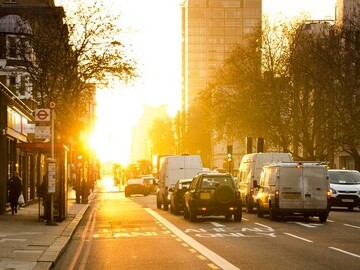