Ziffit.com Ireland is an exciting opportunity for us to expand into a new market and provides a blueprint for further international expansion.

Ziffit.com has launched its first international app and website trade-in service in Ireland.

Ziffit.com is a market leading, free, scan and send service that buys unwanted books, CDs, DVDs, Blu-rays and games directly from consumers. Up to half-a-million items a month have been sold on the site since it first launched in October 2013, making it one of the largest trade-in services in the UK.

The smart technology enables consumers to use their mobile device to scan a product barcode or to simply tap in an ISBN code from a book for an instant valuation. Ziffit provides a simple end-to-end transaction, providing access to over 5,000 collection points across the UK and a courier company free of charge.

Following impressive sales growth in the UK, the launch in Ireland marks another milestone for the business as it looks to expand internationally.

Ziffit.com MD, Richard Salt said, “the launch in Ireland is an exciting opportunity for us to expand into new markets and provides us with a blueprint for further international expansion in 2019. It is critical to our future plans as the valuable learnings from this ‘end to end live trial’ will feed into all future projects.”

The decision to first expand into Ireland was based on an International Expansion Research project, which identified the potential growth areas for the business and recognised Ireland's proximity with the UK and the established e-commerce market there.

Salt cited the integration of new couriers into their operations and integration of Euros as a new currency as ‘the crucial elements to get right’ in the launch. Ziffit in-house technical team and app developer partners, Brightec, have collaborated to deliver the new app and website, whilst new partnerships with nationwide collection and drop-off service Parcel Motel and Teleroo payment gateway have also provided integral solutions for Ziffit.com in Ireland.

When asked what he thought Ziffit.com could bring to the Irish consumer, Salt commented that, as the UK market leader for book buyback, offering more for books than their competitors, and with the fastest scanning app around, Ziffit.com would “not only save customers time selling books but also present a quick and easy way for users to earn money.”

Ziffit services are available for consumers but also businesses that have supply of books. Ziffit.com is now available to download free on Apple App store and Google play store.

Established in 2013, to buy unwanted books, CD’s DVD’s, Blu-ray and console games directly from consumers via its market leading scan and send app. The smart technology enables consumers to use their mobile device to scan a product barcode or to simply tap in an ISBN code from a book for an instant valuation. Ziffit provides a simple end-to-end transaction, providing access to over 5,000 collection points and free courier service across the UK and in Ireland.

Ziffit sells all its books, CDs, DVDs and games via World of Books own website or partner websites such as Amazon and eBay. Ziffit also sells directly to a variety of charity shops, retail, and discount stores under the brand of Replay and through select wholesale partners.

Ziffit is part of World of Books group.

World of Books Group was founded in 2002 by a group of dedicated book lovers and has seen its inventory grow from 1,000 books to well over 3 million books and media items in stock.

World of Books are a circular economy, for profit company that supports charities and protects the planet by enabling more goods to be reused. They are pioneers in the re-use and recycling of unwanted books, recycling about 70 million books each year, equivalent to 375,000 trees.

They achieve this through three direct-to-consumer e-commerce businesses (World of Books, World of Rare Books and Ziffit) supported by their own technology.

Press release distributed by Pressat on behalf of Ziffit, on Tuesday 11 December, 2018. For more information subscribe and follow https://pressat.co.uk/ 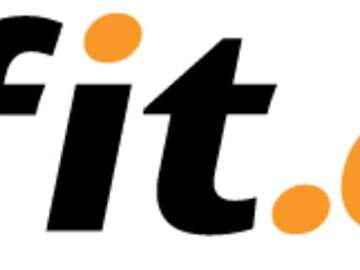