The new World Record for online slot jackpot wins was triggered on the 28th of September 2018 at around 10:20pm!

It has finally happened! After months of play following the big Mega Jackpot has triggered to one very lucky player!

It seemed inevitable that at some point, with an increasing number of players playing the game and trying their hardest to win that massive prize, that the jackpot would soon be won. However, despite those additional spins, the progressive prize kept on growing.

This current win was only the fifth time in the history of the Mega Moolah slot that the jackpot size had grown beyond the 10 million mark and it was the first time it had ever reached anything beyond £13.2 million, which was the previous world record held by the Mega Moolah slot. The size of the jackpot win is remarkable, considering that in 2017, the jackpot was triggered a record 13 times in the space of 12 calendar months.

As is standard practice after a massive win, the Mega Moolah jackpot will now be reset back and players can start playing immediately to try and land that new jackpot amount. Remember too that the randomly triggered Mega Moolah progressive jackpot can be won at any time.

And with the seed amount guaranteeing that there will be at least £1,000,000 in the prize fund following any win (and if the jackpot is won in any other currency other than British Pounds, it is often considerably more) there is always a prize well worth spinning for available on MegaMoolah.com! Now also available to be won in Bitcoin!

You can find a full list of all the winners of the Mega Moolah jackpot at www.megamoolah.com.

Press release distributed by Pressat on behalf of Mega Moolah, on Friday 28 September, 2018. For more information subscribe and follow https://pressat.co.uk/ 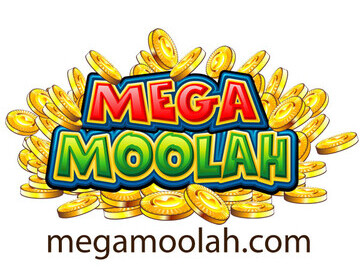