We asked thousands of Brits about the tattoos they want to get, here are the results

In getting a good tattoo, research and information is fundamental. Get it wrong, and you’re in for a lifetime of regrets

Thousands of Brits told us about the tattoos they want, here are the results

Tattoos are now a part of the mainstream, and you’ll see them on celebrities, athletes, in TV commercials and fashion editorials. No one is hiding them, no one is getting stigmatized for them. But what kind of tattoos are most popular among the British public? We wanted to know, so we asked them.

Picking a tattoo is a decision with life-long consequences and shouldn’t be taken lightly. When considering a tattoo, sometimes people go for the obvious, some look for a personalized tattoo while others end up getting a design from the tattoo shop wall.
Inkably.co.uk, a unique online community focuses on helping people find the right tattoo artist for the tattoo they are looking to get. The right choice of the artist is key to a good tattoo, but to find one can be a daunting task.

In the last six months,  thousands of Brits that are actively looking to get a tattoo reached out to Inkably’s tattoo experts to help them find the right artist for their tattoo.  This is what they've learned.

Out of all the people who want to get a tattoo and have a specific idea of what they wanted to get, 38.5% are not sure what is the style of their desired tattoos. With female clients that percentage is at 42.2%, while with male is at 32%.

You’d be rushing to conclusions until you learn that when asked to identify different tattoo styles on images presented to them, both genders were equally (un)successful, failing to correctly identify the most popular styles shown to them in 63% of cases.

In order to find the right artists and to get a good tattoo, besides having an idea of the theme and subject or the meaning behind it, clients also need to know what style of tattoo they are looking to get.

Most artists specialize in one style, and while they excel at that specific style, they might not be as skillful in other styles.

In getting a good tattoo, research and information is fundamental. Get it wrong, and you’re in for a lifetime of regrets, costly cover-up tattoos or painful removals.

Surprisingly or not, there are some major differences in what is considered popular and trendy at the moment, and what most clients are looking for. Even though our Instagram feeds are full of strong, bold traditional tattoos, followed by a plethora of delicate, tiny tattoos, the voice of the public tells a slightly different story.

By far the most popular style of tattooing is Black and grey, winning the hearts and skins of 26.7% people actively looking to get a tattoo, equally sought after among both male (30.5%) and female (24.4%) tattoo clients in the UK.

Nature in it’s different shapes and forms is the predominant theme, as 36% of wanted tattoos feature subjects related to flora and fauna. This is more pronounced among women where 43.3% of all desired tattoos fall in to the natural theme, while men, apart from the world of nature (24.8%), have a more pronounced tendency towards mythological and religious subjects (14.7%) - in contrast, only 7.8% of the female participants desire the same theme on their skin.

Most popular tattoo subjects for women

The prevailing theme being animals and the natural world, it was interesting to find out which subjects people are looking to put on their skin the most.

Women slightly prefer flowers to animals, with 54% of all nature inspired tattoo ideas featuring flowers. The most popular flower is the rose with 60% of all flower tattoos, followed by cherry blossom, lotus, sunflower and lilies. When it comes to the animal kingdom, mammals prevail with 77% of all animal themed tattoos, birds are a in the second place 23%, while fish and reptiles lag far behind. The most popular animal with women is the wolf (23%), followed closely by the dethroned king, the lion (21%). Also in the top five are tigers (12%), dogs (7%) and elephants (4.7%).

Disney’s characters are very popular among women, but it might surprise some that it’s not the omnipresent princesses that take the crown - the title of the most tattooable Disney character among women goes to Stitch, cute but tough extraterrestrial life form.

Most popular tattoo subjects for men

Men strongly prefer animal themed tattoos over anything else - 28% of all tattoos men want to get feature an animal. Lion is the most popular animal among men (20% of all animal tattoos), while wolf takes second place, followed by snakes and fish.

Memorial and family related tattoos are very popular with men, but when it comes to botanical tattoos, the only plant that stands a chance is the rose, usually done in the traditional style of tattooing. A very distinct difference between women and men, when it comes to tattoo subjects, is the fact that men get a lot of tattoos of the female figure, while this doesn’t work the other way around.

How to find the right tattoo artist

If you have a tattoo, or ever wanted to get one, you know how difficult and important it is to find the right tattoo artist. Choose wrong, and you’ll end up with a lifetime of regrets - no one wants to get a bad tattoo!

Since its launch in 2019, Inkably (https://inkably.co.uk) has helped hundreds of clients find the right tattoo artist in London for their next tattoo. Their service is simple and free to use: just describe the tattoo you are looking to get, upload some images that inspire you, set size and budget, and that’s it! Your request will be expertly matched to a number of artists in your location, and within a few hours, the artists will start contacting you.

Inkably - we make it easier to get a great tattoo

Press release distributed by Pressat on behalf of Inkably Inc., on Thursday 9 January, 2020. For more information subscribe and follow https://pressat.co.uk/ 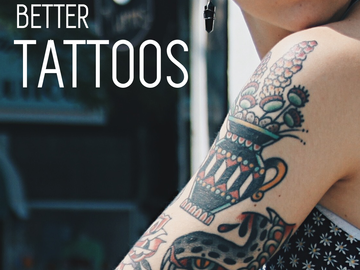 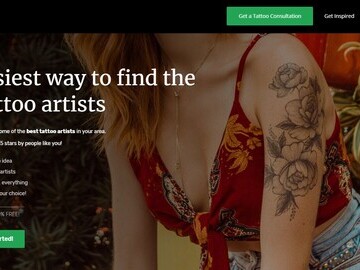 We asked thousands of Brits about the tattoos they want to get, here are the results