Treasure from Dust - The Geology of John Ruskin

Ruskin could not resist the wonder he felt at the ability of the earth to form itself into crystalline treasures and spectacular mountain ranges.

This year, Brantwood, John Ruskin's historic home from 1872-1900 have taken possession of a remarkable legacy of Ruskin’s, which is his complete core geological collection. Ruskin took a great interest in geology, being awakened on family holidays in the Alps, where folded and contorted strata was visible for all to see. Less well known is that Ruskin built one of the finest privately-owned collections of minerals in the world, the legacy of which now populates many important mineral collections still in existence today.

To encourage his interest in the geological sciences, his father purchased a small set of minerals from the dealer Daniel Crosthwaite (1776-1847) of Keswick, Cumberland for the cost of five-shillings. This impacted greatly on the young Ruskin, who wrote some fifty years later "No subsequent possession has had so much influence on my life". Although little is known as to what specimens Ruskin acquired during this teenage years, it can only be speculated that, like many contemporary collectors, he enjoyed broad range of minerals, rocks and fossils, unrestricted by the need to specialise in any particular country or locality, size or aesthetic. Also feeding his passion for the subject would have been the then, almost continuous instigation of learned societies in the geological sciences and of the opening of what are now the great natural history museums of the world.

Ruskin pursued his interest in geology as a pastime, but with equal vigour to that of his work. This was at a time when the amateur scientist could still make a valuable contribution to scientific knowledge and be respected on an equal footing with professionals. Ruskin could not resist the wonder he felt at the ability of the earth to form itself into crystalline treasures and spectacular mountain ranges. He set himself to understand the processes of change that governed the earth and from this understanding he developed many of his principles for life.

Metal mining in the UK and abroad was around its peak, providing a plentiful supply of new, exciting and interesting minerals. An added advantage was that mining methods were much less mechanised than those of today, so specimen-grade materials were more likely to survive the mining process.

Over his many years of collecting, Ruskin built strong and lasting relationships with most, if not all, of the famous mineral dealers as well as those less well known. His interests were wide and varied but he had a particular passion for quartz and its many varieties. These include agate, chalcedony and coloured forms such as amethyst, rose and citrine.

Ruskin’s lifelong desire to educate the public at large meant that his geological collection was already somewhat disseminated at the time of his death in January 1900. Ruskin left his mineral collection to his cousin and her husband, Joan and Arthur Severn who, during the 1920s sold it off in a series of private sales and house auctions held at Brantwood. Although his mineral collection has been largely dispersed, the majority of it was broken-up into sub-collections.These include the museums and schools Ruskin supported throughout his life; famous purchasers of his collection after his death, such as Sir Arthur Russell (whose collection is now in the Natural History Museum, London) and lesser known collectors and museums attending the Brantwood auctions. Parts of the collection were sold to mineral dealers, Ward’s Natural Science Establishment (in the USA) being one.

John Ruskin’s important mineralogical legacy does largely still exist, it does in fact remain probably almost intact, a very rare occurrence with collections dating back pre-twentieth century. Ruskin’s collection not only preserves hundreds of scientifically important specimens, but also provides a snapshot of the producing mines and localities during the Victoria era.

Press release distributed by Pressat on behalf of Brantwood, on Friday 7 June, 2019. For more information subscribe and follow https://pressat.co.uk/

Agate from the John Ruskin Collection 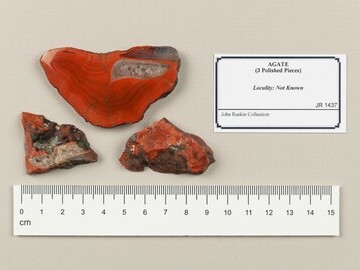 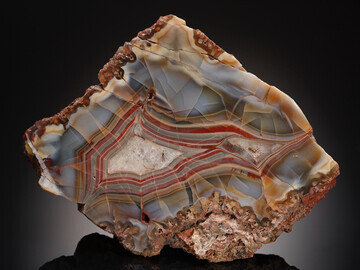 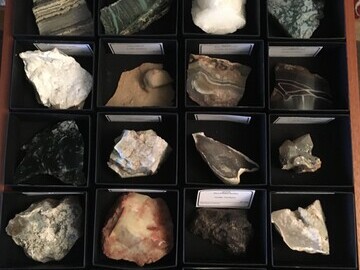 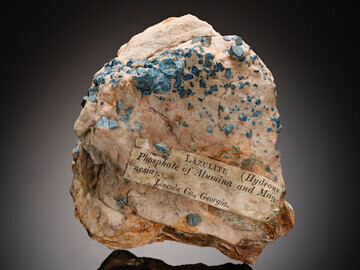 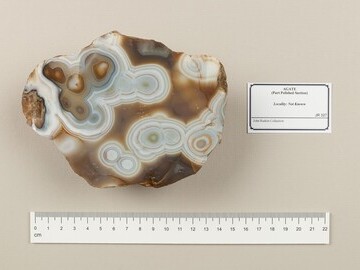 Chalcedony from the John Ruskin Collection 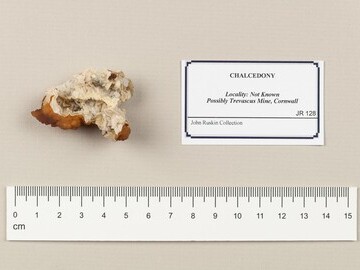 Ruskin's mahogany geology cabinets in his study at Brantwood 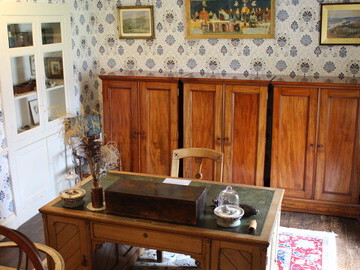 Treasure from Dust - The Geology of John Ruskin