As of Dec 2017, KinkD had grown to nearly 125,000 members in the UK alone. The company surveyed those users to determine the top UK cities to find a kinky partner. With 16,917 members on KinkD, London easily nabbed the top spot, followed by Manchester (2,412 members) and Glasgow (1,743 members), in second and third place respectively. Additionally, London is the world's top city with most registered users on KinkD, while New York City is a close second, with 15,480 KinkD members.

Here's the full list of the top 10 UK cities:

The 'Fifty Shades' series of books and motion pictures have inspired a more mainstream part of the population to be curious about BDSM and explore the kinky lifestyle. Kinky dating apps, like KinkD, help facilitate those fantasies. "Not only were we surprised at the amount of kinky people in the UK, but also that London topped the list of the kinkiest cities across the globe. The ratio of kinky people in the UK might be larger than the ratio in the U.S." said John Martinuk, co-founder of KinkD. "The number of signups on our app from the UK has increased sixfold since our marketing launch in the UK a few months back. As this seems to be a hungry market, we will definitely be directing even more resources to the UK this year.” 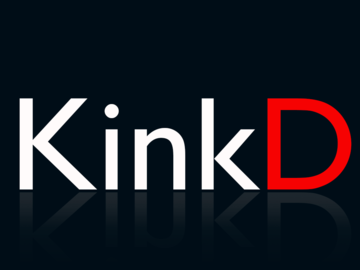 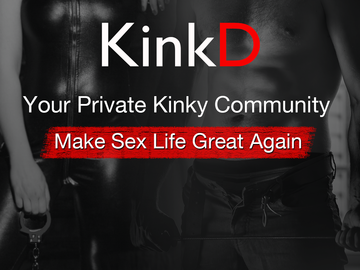 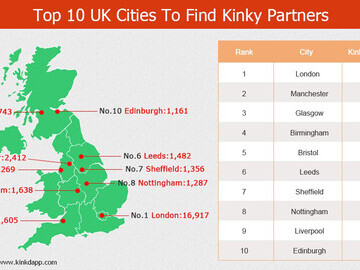