Thousands raised for charity in memory of football fan Emily

“We’d like to say a huge thank you to everyone for their kindness, it really means so much to our family.”

The parents of Morpeth teenager Emily Pattison are thanking friends and family who were so generous at their daughter’s funeral to raise £2,400 for Scott House, free ‘Home from Home’ accommodation which kept them by Emily’s hospital bedside.

16 year old Emily passed away on Tuesday 21 August following a short health battle. The KEVI pupil became suddenly ill during the school holidays and required specialist treatment at Newcastle’s Freeman Hospital. During treatment, her parents, Lorna and Kevin Pattison, were provided with free accommodation run by The Sick Children’s Trust at its ‘Home from Home’ Scott House, which is located just a few minutes’ walk from the paediatric intensive care unit where Emily was being treated. At Scott House, Lorna and Kevin had their own private en-suite bedroom and access to communal kitchens and living areas which meant that they had a space away from the intensive care unit when needed. At their daughter’s funeral, Lorna and Kevin requested that in lieu of flowers that donations were made to Scott House as thanks for its invaluable support. Lorna, herself an Adult Cardiac Nurse at Freeman Hospital, says:

“We were out walking with our dogs on 7th August when Emily collapsed, and even though she felt fine afterwards I was concerned so took her to hospital. That first night in hospital, Emily was her usual self, giggling away, eating and drinking – she had been perfectly healthy. She just wanted to pop her pyjamas on and go home – she didn’t feel ill. But a few hours later she became acutely unwell which is why the doctors decided to transfer her to Freeman Hospital in Newcastle.

“When we arrived at Freeman Hospital, we were offered a place to stay at Scott House. Initially, we said we’d be fine as we didn’t want to take this space away from another family with a seriously ill child. But sadly, Emily’s condition deteriorated further and we were warned her life was in danger.

“I can’t begin to tell you how much of a difference Scott House made. Because we could stay there, Emily was never alone and always had her family around her, even if she didn’t know it.”

Scott House can support up to 19 families a night, 365 days a year, keeping them close to their seriously ill children as they undergo treatment at Freeman Hospital. Over the last year the ‘Home from Home’ has supported over 400 families giving them free accommodation just minutes from their loved one’s hospital bedside. Although the accommodation is provided free of charge to families, Scott House relies entirely on voluntary donations to do this. Lorna continues:

“We felt incredibly supported by Scott House, not just by keeping us close to our daughter but by the staff and other families who also had critically ill children on the ward. In our darkest days, there were lighter moments when we could speak about Emily with our family and friends, laugh and cry with them because we had Scott House. Within hospitals, there’s not the space to do that which makes a place like Scott House vital in helping you get you through such a horrendous time. It became a focus for us and our family, a place we could gather and be together.

“We decided to ask for donations at Emily’s funeral for Scott House because of this, and everyone has been so generous. When your child unexpectedly falls ill, you may arrive at the hospital with nothing but what you’re wearing at the time. Being welcomed into a place which has the basics – a hot shower, a place to brush your teeth and somewhere to sleep and cook some proper food takes some of the pressure away as you don’t know when you’ll get another chance to do any of that. With everyone’s generous donations, we know that more families will benefit from Scott House.

“We’d like to say a huge thank you to everyone for their kindness, it really means so much to our family.”

Emily tragically passed away just days before receiving her GCSE results. Described as ‘a fanatic Newcastle United fan’, she enjoyed sport and playing for Morpeth Town Juniors girls’ football team, she had many friends and would have been elated with her excellent exam results. Emily wanted to go onto sixth form and do her A Levels. She had ambitions to be a sports physio.Scott House Manager, Linsey Brough, says:

“Everyone at Scott House would like to say a huge thank you to Emily’s family for thinking of us at this incredibly sad time. It’s so important to us to have been able to support Lorna, Kevin and Emily’s brothers Jamie and Dan while Emily was at Freeman Hospital and offer them comfort and solace and enable them to be with Emily as much as possible.

“This generous donation made by Emily’s friends and family will have a significant impact on supporting other families whose children need treatment at Freeman Hospital. From ensuring that there is a comfortable room for them to get a good night’s sleep, to making sure that the house has the essentials it needs to make it a ‘Home from Home’ for anyone who walks through our doors when their world had been turned upside down. For that we’d like to say a huge thank you from the bottom of our hearts.”

If you would like to find out how you can make a donation to Scott House in Emily’s memory, please call the team directly on 0191 223 1600 or visit The Sick Children’s Trust website: https://www.sickchildrenstrust.org/our_houses/ScottHouse/index.html

Press release distributed by Pressat on behalf of The Sick Children's Trust, on Friday 21 September, 2018. For more information subscribe and follow https://pressat.co.uk/ 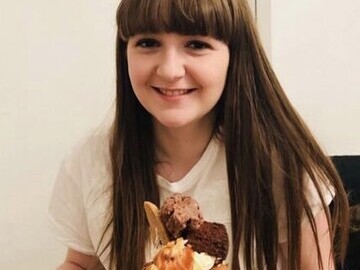 Thousands raised for charity in memory of football fan Emily