These are just two examples of the real-world application of blockchains for purposes beyond the production of digital money or tokens.

In September 2018, two very important events for blockchain technology occurred in Brazil, and on the Decred blockchain.

The first was the registration of a marriage between two women on a blockchain, uniting the crypto enthusiasts Kalyna Lordao and Isnaylha Ereshkigal. The second was the blockchain-based registration of a birth. Crypto evangelist Edson Neto used this technology to record one of the most important moments in his life, the birth of his daughter Maria Julia.

These are just two examples of the real-world application of blockchains for purposes beyond the production of digital money or tokens.

These registrations were performed through an online service created by a company, using a feature of Decred's blockchain, dcrtime, to generate unfalsifiable proof that a given document existed at a given point in time. This is similar to the function served by a notary's office, except that it does not rely on any centralized authority.

Anchoring documents to the Decred blockchain with dcrtime has a further advantage, in that only the hash of the document is made public. This gives the owner of the keys used to encode the document control over who can access it.

Decred's Politeia governance platform, launching soon, uses dcrtime in the same way - to ensure that censorship is transparent and accountable. User proposals and comments will benefit from this transparent censorship, which puts a check on the power of the platform's administrators.

Politeia also incorporates a ticket voting system through which Decred stakeholders will accept or reject governance proposals, such as how to spend the project's treasury funds.

Decred has a strong track record of developing blockchain-related software in a way which leverages the strengths of the technology more broadly for the public benefit, and making this software available in a way that people can use it outside the core cryptocurrency context.

Decred will continue to extend the uses for its blockchain going forward, promoting the benefits of decentralization for society, in a direction determined by its stakeholders through Politeia.

Press release distributed by Pressat on behalf of Decred, on Monday 1 October, 2018. For more information subscribe and follow https://pressat.co.uk/ 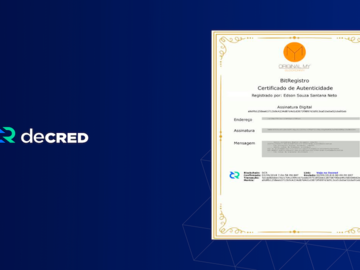