"This is one of the finest community orchestras in the country and this concert is a real chance to show what they are made of!"

The Sussex Symphony Orchestra are delighted to be presenting their new Musical Director, Christopher Braime at their first concert of the 2019 season on March 23rd at St. Bartholomews Church in Brighton.

The theme for this concert is "The Colour of the Sea and Sky":

Sussex is a county of dramatic landscapes: from the bold undulations of Devil’s Dyke to where the land ends and our imagination is carried off into the sea and to faraway places. This power and majestic beauty is reflected in these three works: the ebb and flow of Bax’s Tintagel describes the sea with an expansive elegance, whereas the timeless landscape of Sibelius’ 5th Symphony leads us vividly to his rugged Finnish homeland. Colour is provided by Maurice Ravel’s Piano Concerto in G Major. Ravel paints with the sound of an orchestra, using such technical refinement it is often difficult to distinguish where the piano ends and the orchestra begins in this seemingly limitless musical kaleidoscope.

Christopher is joined by the pianist Simon Ballard, a perennial favourite of audiences in Sussex and far beyond.

Christopher Braime was born in 1983 and was awarded a Foundation Scholarship to study oboe and conducting at the Royal College of Music. He is active as a conductor throughout the UK and Europe.

Christopher recently made his debut at Symphony Hall Birmingham, conducting the Birmingham Schools Symphony Orchestra and is active as a guest conductor, he has worked with the Farnborough Symphony Orchestra, the Redhill Sinfonia, the Suffolk Sinfonia, the Kensington Philharmonic Orchestra and the Petersfield Orchestra. In 2013, he made his European conducting debut with the Orquestra do Algarve, Portugal, and has recently conducted in Germany and Amsterdam. In the 2019/20 season he will be returning to the Suffolk Sinfonia where he maintains a very happy guest conducting relationship with the orchestra.

Christopher has worked with some of the most outstanding young soloists of this generation including the cellist Jamal Aliyev, horn player Joel Ashford the baritones Huw Montague-Rendall and Edward Jowle, Soprano Jessica Gillingwater and the saxophonist Huw Wiggin. With the pianist Simon Ballard he also gave the first public performance in the UK of the Leroy Anderson Piano Concerto.

Christopher is still active in the field of teaching, he was a Music Appreciation lecturer for the charity Open Age, based in West London, and conducts at the Mary Ward Adult Education Centre. Considering musical training and communities essential, he also conducts the Gustav Holst Community Orchestra, an adult training orchestra based in Primrose Hill. He was also a consultant on the Royal College of Music's "Rhythm for Life" project where RCM students explored the skills required when working with older adult learners, and recently wrote guidance for the RCM on the subject.

Tickets for this event are available online at http://ssomusic.co.uk/box-office/buy-tickets/ 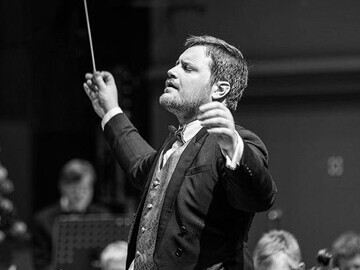 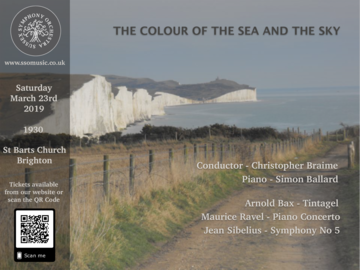 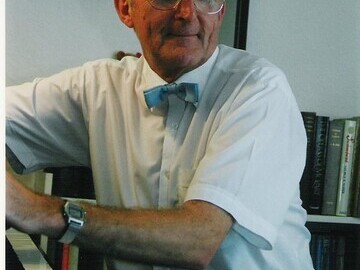