Success of our jihad: first person sent to prison for FGM

Mrs Justice Whipple tells the mother: “You have been found guilty of a serious offence against your daughter”, warning of a “lengthy” jail term

For many years, this organisation has carried out a jihad against female genital mutilation (FGM). This practice inflicts severe physical and psychological damage on young girls. We are proud of our role in the legislation which in 1985 led to an Act of Parliament criminalising this heinous act. The Act was further amended to include assisting in this crime of taking children out of the country to be subjected to FGM. It was disappointing that, despite these efforts, girls continued to be subjected to what can only be described as grievous body harm or GBH.

It is to the authorities’ credit that they managed to put in place 298 prevention orders to protect children. It was extremely important that people are made to realise that those perpetrating his crime will not continue to get away it. Now that the first person has been found guilty and in Mrs Justice Whipple’s words can expect a lengthy jail sentence, we hope that this will serve as a warning to others.

We give below a link to a paper written by this organisation to explode the myth that this criminal offence is an Islamic practice. 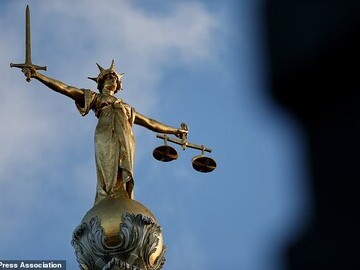 Success of our jihad: first person sent to prison for FGM