News provided by CPRE Bucks on Thursday 19th May 2022

Over 2,500 people took part in the annual Star Count, the country’s biggest citizen science project of its kind

While stargazers across most of the country have been enjoying their best views of the night sky since CPRE, the countryside charity’s Star Count began in 2011, across Buckinghamshire light pollution has bucked the national trend and increased over the past year.

According to the results of the annual star count, the country has seen a significant reduction in severe light pollution levels, first recorded during lockdown last year.

After peaking in 2020, when 61% of participants reported seeing ten stars or less, severe light pollution fell to 51% in 2021 and continued its slide this year, to 49%.

The results also suggest that just 2.3% of local stargazers counted more than 30 stars. That compares to 5.8% last year, which suggests the number of people enjoying truly dark skies across the county has more than halved.

‘It’s disappointing to see that 6 in 10 people in Buckinghamshire who took part in Star Count experienced severe light pollution.

‘During lockdown we enjoyed darker skies across the county but unlike other parts of the country, it seems things here have reverted to how they were before the pandemic. It’s a shame because light pollution is bad news for wildlife, the natural environment and human health.”

Over 2,500 people took part in the annual Star Count, the country’s biggest citizen science project of its kind, between February 26 and March 6. Participants were asked to report the number of stars they could see in the Orion constellation.

The areas in Buckinghamshire that enjoyed the darkest skies were Hyde Heath near Amersham, Little Marlow, Aylesbury Vale and the Chilterns Area of Outstanding Natural Beauty near Stokenchurch.

Turning off garden lights when not needed, dimming street lights and reducing office lighting could permanently reduce carbon emissions and cut energy bills while improving the natural environment for wildlife and human health. Other solutions that could reduce both light pollution and energy use include councils investing in well-designed lighting, used only where and when needed. They can also adopt policies in local plans to reduce light pollution in building design and on construction sites and protect and enhance existing dark skies in their areas.

‘The night sky is one half of our experience of nature; but we don’t often think of it like that. In and of itself, it helps balance our mental health and boost our emotional wellbeing. Recollect that experience of a starry sky and you instinctively know it soothed you.

‘But our view of the night sky – and all the benefits it undoubtedly brings – is being blotted out by light pollution. Like all forms of pollution, it is damaging our mental and physical health, and also having a severe impact on wildlife. Yet, it is a form of pollution that is allowed to increase year on year without any effort being made to control the damage it is causing.’

Press release distributed by Pressat on behalf of CPRE Bucks, on Thursday 19 May, 2022. For more information subscribe and follow https://pressat.co.uk/ 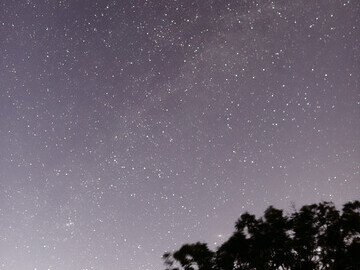