" I want to dedicate my time to help the charity be there for as many families as possible, so that every child in hospital never has to feel alone."

Coloratura Soprano, Christina Johnston, has been named as an official ambassador for The Sick Children’s Trust – a charity which supports families with seriously ill children in hospital with free ‘Home from Home’ accommodation.

Christina, from Framlingham, Suffolk, performed at The Sick Children’s Trust’s 2017 Christmas Carol Service in London, delighting an audience of over 700 supporters of the charity. Since then she has been spending time at the charity’s ‘Homes from Home’, meeting the families with seriously ill children that it supports.

The classical singer, who has sung for both the Czech and Chinese presidents, knows first-hand the impact the charity’s work has on a seriously ill child in hospital and their family. When Christina was just three years old she was involved in a serious car accident which left her and her mother, Gillian Johnston, fighting for their lives. While Christina and Gillian underwent treatment in Ipswich Hospital – over 90 minutes away from home – her father, Peter Johnston, was given free accommodation close to the hospital. Fortunately, Christina was discharged after three months, but Gillian remained under the care of the hospital for a year. Christina says:

“The accommodation which my father was given was instrumental in keeping our family together. Without it, he would’ve had to travel for three hours every day to be by our bedsides. It would’ve been so hard for him, physically, emotionally and financially had it not been for that place.

“Having my Dad so close by was a huge comfort. He could be with me all the time while I was in hospital and never had to rush off. He’d sit by my bedside and read to me until late at night, so when I did fall asleep he was always the last person I saw. I never felt like I was alone.

“Hospital is a very scary place when you’re a child, but to have your family there makes it less daunting. The Sick Children’s Trust’s ‘Homes from Home’ really make such a difference to families whose children are critically ill in hospital and I want to dedicate my time to help the charity be there for as many families as possible, so that every child in hospital never has to feel alone.

“A child is the most important person in a parent’s life and it must be the most devastating thing in the world when they’re fighting for their lives in hospital. The Sick Children’s Trust is there for so many families who find themselves in unimaginable situations and relieves just some of the stresses and worries. The Sick Children’s Trust’s ‘Homes from Home’ are no more than just a few minutes’ walk away from the paediatric wards and they are also a place away from the hospital where families can return to after a busy day in hospital to cook a meal and get a peaceful night’s rest before doing it all again.”

The Sick Children’s Trust runs ten ‘Homes from Home’ across the country, supporting around 4,000 families every year whose lives are thrown into complete turmoil when their child is diagnosed with a life-threatening illness or has a terrible accident that leaves them fighting for life. Christina, who had to relearn how to walk following the car crash, continues:

“I found it very hard to express myself after the accident, but having my Dad close by in those first few months really helped. Throughout my whole rehabilitation he encouraged me to embrace music. He taught me how to play the piano and the guitar and we’d sing together. Music is a great healer and something I hope to bring to families staying in The Sick Children’s Trust’s ‘Homes from Home’.”

“We’re delighted to welcome Christina on board as an ambassador for The Sick Children’s Trust. Christina knows first-hand just how important our work is and how vital it is for a child’s wellbeing to have their family by their hospital bedside.

“We’d like to thank Christina for all her support so far, and we are very much looking forward to working together in the future.”

Press release distributed by Pressat on behalf of The Sick Children's Trust, on Tuesday 3 July, 2018. For more information subscribe and follow https://pressat.co.uk/ 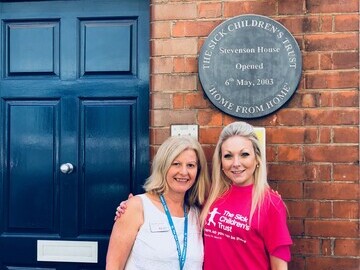 Christina Johnston has been named as an ambassador for The Sick Children's Trust. 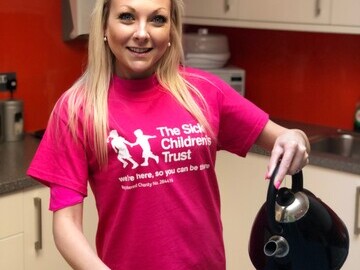 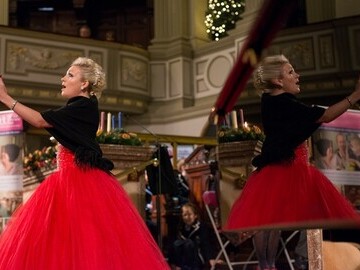 Christina performed at The Sick Children's Trust Christmas Carol Service 2017 and will be again at this yar's event. 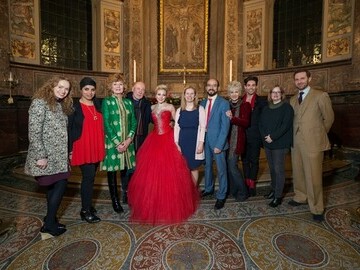