West Palm Beach, Florida, USA – Drink spiking in the United States has always been a problem. A recent study (https://drugabuse.com/blog/spiked-drinks/) of American college students discovered that 7.8 percent have been drugged in the past, while 34 percent of women say they’ve “actively stayed sober” on a night out for fear of having their drink spiked.

Just recently, Washington D.C. police warned residents to be vigilant when drinking in public after six reports of drink spiking in the area over the past few months. But drink spiking goes beyond national borders. Incidents have also been rampant in the UK this year, leading many to wonder what the solution is.

There have been nearly 200 drink spiking incidents reported to UK police over the past couple of months. This includes both men and women, though the majority of incidents have involved young women between the ages of 18 to 25. And while two men have been arrested for their alleged connection in poisoning drinks in nightclubs, most of the perpetrators have not been caught.

North Yorkshire and Nottingham have been particularly active, in terms of reported drink spiking incidents. Often, the drugs of choice are ketamine, rohypnol, BGL, and GHB. Most of these drugs have no color, taste, or smell when added to a drink. This makes them virtually undetectable by the victim. Perpetrators slip them in drink while the victim isn’t looking. Symptoms include slurring of words, sedation, sleepiness, and confusion.

Primrose Sparkes, 20, of Nottingham, has been a leading voice in the movement to protect women against drink spiking. She recently spoke to The New York Times about how the main factor in deciding whether to go out to a club used to be whether she had an early morning class.

“Now it’s: do I feel safe?” Sparkes said. “There’s an element of fear that wasn’t there before.”

Some 150 miles north in Durham, concerns are just as rampant. Many clubs have increased security and now require searches before patrons can enter. As local Tillie Drapper told the NYT, “I don’t know anyone that doesn’t know someone that’s been spiked, which is shocking.”

While increased security and vigilance are certainly good things, many perpetrators have perfected the sleight of hand necessary to spike drinks. This has led to the surging popularity of a product called NightCap (https://nightcapit.com/).

NightCap is known as the “drink spiking prevention scrunchie.” It can be worn on the wrist or in the hair. When needed, the individual pulls a drink cover out from the hidden scrunchie pocket, places the cover over the drink, and puts a straw through the small hole. The secure lid prevents pills and powders from entering the drink.

The NightCap drink spiking prevention scrunchie was invented by then 16-year-old Shirah Benarde of West Palm Beach, Florida after hearing about the horrors of drink spiking from college friends. She initially made a prototype from a pair of pantyhose and, with the help of her then 21-year-old Michael Benarde, brought the concept to market.

NightCap was featured on Season 12, Episode 12 of ABC’s hit television show Shark Tank, where the brother and sister duo struck one of the fastest deals in the series’ history with entrepreneur Lori Greiner.

“We’ve loved growing this product because we know that for every Nightcap we ship out, we are helping to keep someone safe by empowering them with a tool to protect themselves,” Shirah said. “It is so fulfilling to know how much this product means to our customers.”

The NightCap drink spiking prevention scrunchie is the perfect holiday gift and stocking stuffer. It can be purchased directly from the NightCap website (https://nightcapit.com/) or from Amazon.

NightCap was started by then 16-year-old Shirah Benarde from West Palm Beach, Florida. The idea for NightCap’s product line came to her in a dream after hearing about the horrors of drink spiking from friends who experienced it after going off to college. Since launching, NightCap has won multiple awards including Florida State University’s InNOLEvation Challenge, Tallahassee Startup Week’s Annual Pitch Competition, FSU’s Turkey Tank, and FSU’s Jim Moran Micro Grant. NightCap also has been featured on the Fox Business Network, and in USA Today, among many other media outlets. Nightcap was featured on ABC’s hit television series Shark Tank on February 5th 2021 (Season 12 | Episode 12)

If you would like more information about NightCap, please visit https://nightcapit.com/. For inquiries, please send an email to info@nightcapit.com.

Press release distributed by Pressat on behalf of NightCap , on Thursday 9 December, 2021. For more information subscribe and follow https://pressat.co.uk/ 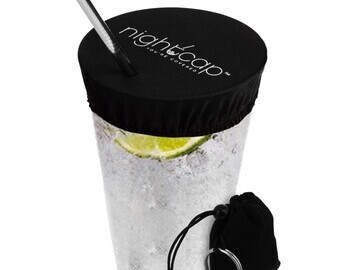