Border Splash will be officially launched in Europe on July 31, SEG Arena in Geneva, Switzerland, but is ironically threatened by the weather

Led by the legendary Buju Banton, the SEG Geneva Arena is to home the inaugural Border Splash concert to raise awareness of environmental issues, inspire world unity and help nations prepare for natural disasters. Also featuring Eek a Mouse, Richie Spice, Etana, Rygin King, Major Mackerel plus Ras Theo and Rady Mouss, this is a nevermore timely event using reggae, hip-hop, and dancehall to communicate a message the whole world needs to hear.
Now recognized by UNESCO as worthy of world culture status, it is appropriate that it is stars of reggae who will be assembling at Geneva’s SEG Arena to raise awareness for peace-making initiatives,

environmental awareness and emergency preparedness. The concert series will undertake to raise funding for green bonds that help to build “future-proof” eco- villages in vulnerable communities that are increasingly susceptible to hurricane risks and rising sea levels, especially in countries bordering the Caribbean Sea, the Gulf of Mexico, the Mid-Atlantic and the Indian Ocean.

Border Splash will be officially launched in Europe on July 31, 2019 at the SEG Arena in Geneva, Switzerland, but is ironically threatened with cancellation by the record high temperatures. Spokesman Stevie Eagle E said:

“ It's ironic that we are facing this problem and it really shows the extent of the problem we are facing globally and why we have to make the world aware that we cannot put this issue away until tomorrow. We are in the Danger zone. However, we are doing everything to ensure the show not only goes ahead but also people have a great time. We are looking at solutions including making sure everyone has enough water and that staff in the stadium are on hand and fully prepared to help people. We encourage everyone to come and support this great event and help heal Mahdah Urf.”

Grammy Award-winning artist, Buju Banton is the ideal reggae ambassador of the moment to help make this global appeal relevant to a new generation of artists. Using the unifying power of music and his ability to speak to people of all color and background, Buju is committed to bringing people together to solve the major threats facing the entire planet.

Additionally, a worldwide collective of artists have come together to create a universal anthem inspired by Michael Jacksons 'Earth Song'. This group calling themselves The Mahdah Urf Collective released 'Mahdah Urf (Earth Song Revival) on the 15th of July to critical acclaim Produced by Della Danger Drummond & Edward 'Nine' Warren (Danger Zone Music Group). With Super Mogul and long-time business partner and friend of Michael Jackson, Qadree El-Amin on the team behind both the song and the event and with the support of the Jackson Estate who on the anniversary of Michaels death encouraged his fans to continue his legacy on the environment and humanitarian issues It is hoped this song will become an anthem for climate change and environmental issues. 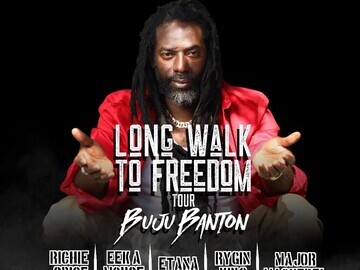 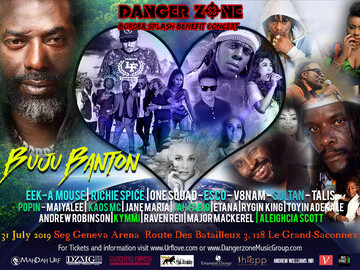 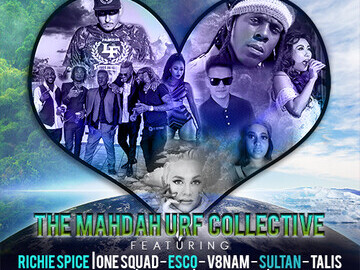