Carmen Fox’s “Guarded” picked for medal from thousands of contestants from over a dozen countries.

Aylesbury, UK. Readers' Favorite has become the fastest growing book review and award contest site on the Internet. They have earned the respect of renowned publishers like Random House and Simon & Schuster.

“Readers’ Favorite is proud to announce that "Guarded" by Carmen Fox is a Silver Medal Winner in the Fiction - Fantasy - Urban category in our 2016 International Book Award Contest.” Carmen Fox’s “Guarded” was picked for the medal from thousands of contestants from over a dozen countries.

With the advent of the strong female hero in genre fiction, the urban fantasy genre is at its peak. Dubbed “Harry Potter for adults”, urban fantasy combines the paranormal or fantastical with a world that is relatable.

Through a supernatural environment, "Guarded" explores a young woman's struggle to accept the person she is meant to become. P.I. Ivy is dropped in the middle of a murder scene, which catapults her straight into the paranormal world she has so far given a wide berth. As the investigation spins out of control, Ivy must handle her new friends carefully, because one wants her heart, one wants her body, and one wants her dead.

Carmen Fox lives in Aylesbury in the south of England with her beloved tea maker and a stuffed sheep called Fergus. She has a law degree, studied physics for a few years, dabbled in marketing and human resources, and speaks native-level German and fluent Geek. Her books have been read across the continents, further testimony to how popular the genre has become. 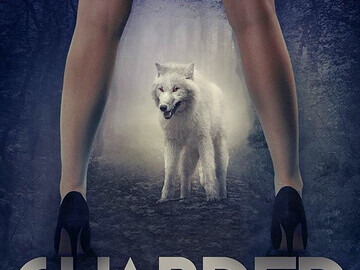