Qatar Airways, a long-term client of London Taxi Advertising, has launched its latest campaign targeting Birmingham residents and encouraging them to “fly the world’s best airline.”

Superside taxi advertisements, which utilise the entire length of the lower half of the traditional black cab, are raising awareness of the Qatar Airways brand as they travel across England’s second city and transport passengers to attractions including the Bullring shopping centre, Cadbury World and the NEC.

The cabs carry the traditional burgundy-coloured branding of the national airline of Qatar, advertising the fact that Birmingham residents can fly with Qatar Airways from Birmingham Airport to over 150 destinations worldwide. The ads also carry a range of images showcasing the premier service passengers can expect to receive on board a Qatar Airways flight.

Qatar Airways is the state-owned flag carrier of Qatar, headquartered in Doha. It operates flights to destinations across six continents. It has a hub in Birmingham Airport, the UK’s seventh busiest airport handling over 10.2 million passengers annually.

Sales Director of London Taxi Advertising, Paul Tremarco, said: “We always enjoy working with Qatar Airways and it’s great to be bringing the airline to the streets of the UK once again with this stand-out superside advertising campaign. Our cabs will be targeting a diverse audience in Birmingham, showcasing the airline’s fantastic flight offering from Birmingham Airport.” 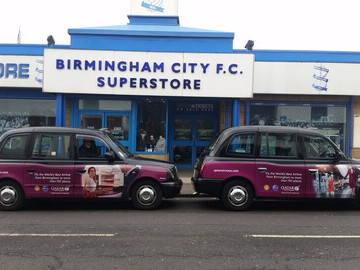 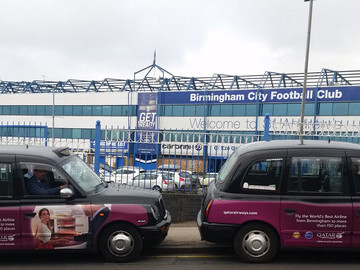 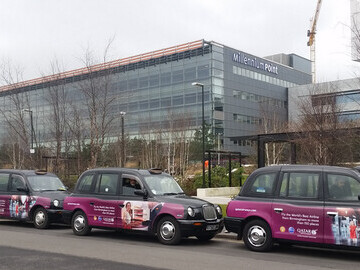 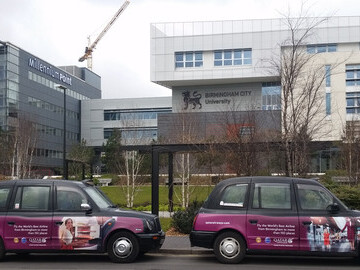