News provided by One Vision Housing on Tuesday 13th Dec 2016

One Vision Housing (OVH), a Registered Social Landlord which is part of The Sovini Group, has appointed Jed Pearson in the new role of Managing Director.

Key to Jed’s role is overseeing the strategic direction of the organisation which includes the implementation of a major development programme over the next five years. This will see OVH deliver over 900 affordable homes across the North West.

Jed said: “OVH is a fantastic organisation and I am proud to become part of the team. I am looking forward to working with OVH during this exciting time as we help tackle the shortage of affordable homes in our region through our new build programme”

Jed has over 20 years executive and non-executive experience in a number of traditional, LSVT and ALMO housing providers. Until recently he was the Deputy Chief Executive of Villages Housing, which operates across Merseyside and Greater Manchester.

Jed acted as Non-Executive Director and Chair of the Board for Magenta Living and has also served on The Sovini Group Board.

For more information about One Vision Housing visit www.ovh.org.uk.

Press release distributed by Pressat on behalf of One Vision Housing, on Tuesday 13 December, 2016. For more information subscribe and follow https://pressat.co.uk/ 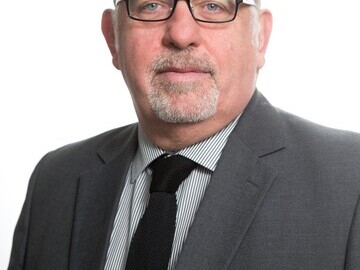