One in three are voting with their wallet following tax revelations

Millions of Britons are using consumer power to boycott companies seen to be avoiding their fair share of UK tax, new research reveals.

A ComRes survey about public perceptions around tax avoidance, commissioned by Christian Aid, found a third (34 per cent) of Britons say that they are currently boycotting the products or services of a company because it does not pay its fair share of tax in the UK. Almost half (45 per cent) say they are considering a boycott.

Public outrage appears to be growing following recent revelations about the remarkably small amount of UK tax paid by some multinationals, the poll suggests.

Two out of three (66 per cent) Britons now believe tax avoidance to be morally wrong, according to this latest survey – up 10 percentage points from when people were asked the same question in August 2012. And a remarkable four out of five respondents (80 per cent) say that multinationals’ tax avoidance makes them feel angry.

But there is also public concern that the UK Government needs to do what it reasonably can about multinationals’ impact on the rest of the world, the survey found. Almost three-quarters (72 per cent) of people agreed the Government has a responsibility to ensure that all UK-based companies pay the proper amount of tax in every country in which they operate, and eight out of ten people (84 per cent) want to see multinationals’ accounts more transparent and publicly available.

‘In the run up to the Budget, which we hope the Chancellor will use to require companies to reveal more information about their tax avoidance in developing countries, this is heartening news,’ said Joseph Stead, Senior Economic Justice Adviser, Christian Aid.

‘The public clearly understands the UK has a responsibility to ensure UK plc plays by the rules both home and away – and we hope the Chancellor will show he does too. The overwhelming majority (80 per cent) of the British public say that tax avoidance by multinational companies makes them feel angry.’

‘But what this survey also shows is that one in three people are actually prepared to change their buying habits and boycott some of the firms seen as not paying their fair share in the UK. This surely must be a wake-up call to all businesses,’ he added.

The new survey also suggests that Britons have a strong sense of injustice around tax in the UK with 89 per cent of those questioned saying it is unfair that they have to pay their taxes when multinationals can avoid doing so, and 85 per cent saying that it is currently too easy for multinational companies to avoid tax.

Government ministers’ recent condemnations of aggressive tax avoidance appear to have been noticed by the public, with the latest survey showing a rise in the proportion of people who agree that the Government is showing a genuine desire to combat tax avoidance, up to 43 per cent from 38 per cent in August. But the Government still has some way to go convincing voters as almost as many people (39 per cent) disagree.

But, as the UK readies itself to host the G8 Summit meeting in Northern Ireland in June, there is some comfort for the coalition. Three quarters (77 per cent) of those surveyed believe that David Cameron is right to make tackling tax evasion and avoidance a priority at the G8 meeting.

85 per cent say we need global leaders to stop multinationals from abusing the tax system, while 63 per cent think that strong action on tax avoidance and evasion at the G8 could help lift millions of people out of poverty around the world.

‘People understand the importance of developing countries being able to collect tax that is owed to them by multinational corporations. Tax is a powerful weapon against poverty and three quarters of Britons agree that if developing countries could collect more tax then they would, in time, be less dependent on international aid, and therefore better able to provide for their own people,’ adds Joseph Stead.

Christian Aid is part of the Enough Food For Everyone IF coalition, which is calling on governments to stop big companies dodging tax in poor countries, so that millions of people can free themselves from hunger. The group of more than 100 charities and faith organisations wants the UK public to ask their MPs to lobby the Chancellor ahead of the Budget on 20 March. Enough Food For Everyone IF wants the Chancellor to use this Budget to require multinational companies to reveal the tax avoidance schemes they use in developing countries – and to commit the UK to sharing the resulting information with the countries concerned. This would help their tax authorities to decide how best to use their very limited resources.

1. Christian Aid works in some of the world's poorest communities in around 50 countries at any one time. We act where there is great need, regardless of religion, helping people to live a full life, free from poverty. We provide urgent, practical and effective assistance in tackling the root causes of poverty as well as its effects.

2. Christian Aid has a vision, an end to global poverty, and we believe that vision can become a reality. We believe that the underlying causes of poverty were made by, and can be ended by, human action. Our strategy for building the power of us all to end poverty is embodied in a new report ‘Partnership for Change’: http://www.christianaid.org.uk/Images/2012_strategy.pdf

3. Christian Aid is a member of the ACT Alliance, a global coalition of more than 130 churches and church-related organisations that work together in humanitarian assistance, advocacy and development. Further details at http://actalliance.org

5. For more information about the work of Christian Aid visit http://www.christianaid.org.uk

6. ComRes interviewed 2,270 adults online from 15 February to 17 February 2013. Data were weighted to be demographically representative of all British adults aged 18+. ComRes is a member of the British Polling Council and abides by its rules. Full data tables are available at ComRes.co.uk http://www.comres.co.uk/poll/863/christian-aid-tax-avoidance-poll.htm

7. Please note the boycott figures (34 per cent and 45 per cent) should not be added together. The question allowed people to tick more than one answer, so some of the respondents already boycotting goods or services might also be considering boycotting other companies.

8. Christian Aid conducted a similar survey in August 2012. Some of the questions and possible answers were the same as in the latest survey and therefore it has been possible to draw some comparisons, as detailed in the press release. ComRes interviewed 2,026 adults online from 8 August to 9 August 2013. Data were weighted to be demographically representative of all British adults aged 18+. Click for more details on the August 2012 survey.

Press release distributed by Pressat on behalf of Christian Aid, on Friday 1 March, 2013. For more information subscribe and follow https://pressat.co.uk/

66% of Britons now believe tax avoidance to be morally wrong 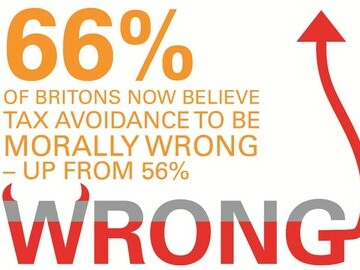 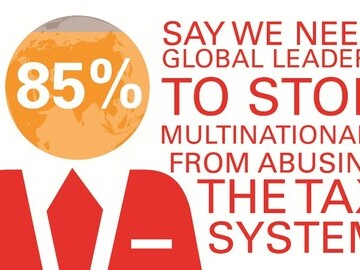 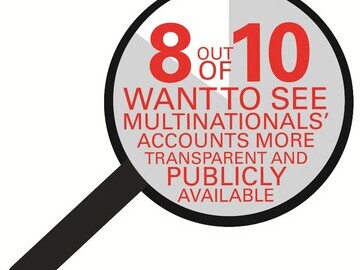 listen to ‘One in three are voting with their wallet following tax revelations’ on Audioboo
* For more information regarding media usage, ownership and rights please contact Christian Aid.

One in three are voting with their wallet following tax revelations