"With no language barrier we think Numbrd will continue to grow around the world.”

Cork, Ireland: Mark and Alan Hamilton, two brothers from Ireland, today announced the full launch of NumbrdTM, a daily online numbers game. Numbrd is a daily maths puzzle, designed to be solved in a similar number of attempts and similar 3-minute time to the hugely popular Wordle.

“After playing Wordle with family and friends for a few weeks I thought, what could a numbers version of this look like?” Mark Hamilton said. “My kids are more numbers guys and I wanted them to have a similar fun game, but through numbers and maths rather than letters and words. After some paper tests with my kids I showed the game to my brother who’s a software developer and he jumped on the opportunity to code it”. “As soon as we launched Numbrd we saw people all over the world starting to play. With no language barrier we think Numbrd will continue to grow around the world.”

Numbrd has a similar format to Wordle, with some nice additional features.

Numbrd is free to play daily at numbrd.net and the online game will always stay ad free and free-to-play say the brothers. Android and Apple apps are due to be launched shortly with the free daily puzzle, and a premium subscription option for Numbrd Unlimited (unlimited plays for people who can’t wait for daily puzzles) for £2.99.

Numbrd: Brothers Mark and Alan Hamilton hail from Cork in Ireland. Mark is an entrepreneur in renewable energy and Alan is a Senior Software Developer in the Utility space. Numbrd is their first game (ad)venture, with other exciting “global” games in the pipeline.

Press release distributed by Pressat on behalf of Numbrd, on Thursday 24 February, 2022. For more information subscribe and follow https://pressat.co.uk/ 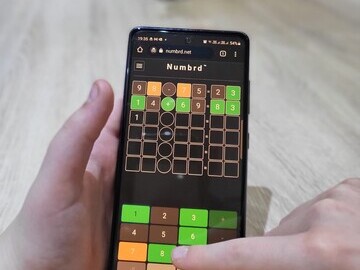 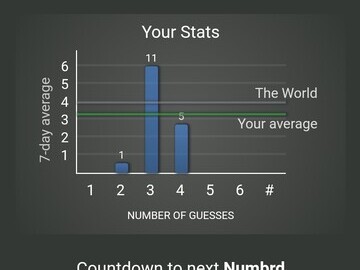