RACEWKND TALKS TO FANS ABOUT THE CITIES, CIRCUITS AND CULTURE AROUND F1; CAPITALISING ON GROWING POPULARITY OF THE SPORT IN NORTH AMERICA

RACEWKND TALKS TO FANS ABOUT THE CITIES, CIRCUITS AND CULTURE AROUND F1; CAPITALISING ON GROWING POPULARITY OF THE SPORT IN NORTH AMERICA; COLLABORATING WITH CURRENT US GP PROMOTERS IN MIAMI AND AUSTIN

Vancouver, [April 27]: An innovative, large-format print journal is connecting North American fans of Formula One with the sport’s global community, led by a founder who knows just how to talk to this growing Drive to Survive obsessed crowd - starting with an activation at the inaugural Miami GP next month.

RACEWKND - a quarterly coffee-table magazine founded by Canadian-Jamaican Magnus Greaves - has been creating fresh, exciting new content since its inception in 2015 and is set to capitalise on the current boom in interest from fans in North America, and beyond.

Whilst most traditional motorsport media outlets have struggled to capture the attention of North American F1 and lifestyle fans alike, RACEWKND fits into a much-needed niche - heavy on the creative direction of their in-house designers, photographers and writers, and avoiding tech-focused racing details that have become the mainstay of motorsport reporting since F1 began. RACEWKND features full-page images and insightful commentary based on big themes such as Grand Prix destinations and F1 in the 1970’s that appeal to newcomers and mega fans alike.

The latest edition ‘F1 in the USA’ features fan-favourite driver Daniel Ricciardo of McLaren Racing F1 on the cover having interviewed him about his love for the USA. The issue dives into the surprisingly long history of F1 Grand Prix hosted in America and explores what it means to have an American team on the grid. The issue will be released on May 2 shortly before the inaugural race in Florida, and will be available for purchase via their website.

RACEWKND also serves as a bridge between the sport’s big players and the fans, having collaborated with Circuit of the Americas and Miami International Autodrome to create city guides for visitors to the Grand Prix, and in 2020 they were commissioned by Formula One to create “The Beginner’s Guide to F1”.

With the F1 circus set to visit Miami for the first time in May 2022, RACEWKND will be on-hand to welcome fans at the free-to-enter Racing Fan Fest being held May 5 - 8 in the Wynwood neighbourhood with a live activation, where fans can purchase magazines and engage with their team of F1 aficionados.

Magnus Greaves comments: “For many years I’ve been watching F1 fandom grow in North America so it’s exciting to see how this recent explosion of interest creates opportunities for new products to thrive. Fans are reaching out to us every day excited to share their F1 journey and RACEWKND is at the forefront of this groundswell of interest. I’m fully committed to helping the sport thrive in North America and beyond, through the unique community that RACEWKND has built.”

Magnus is an expert on all things Formula One and the unique community that forms both its long-standing and new fanbase, with a particular interest in the growing North American audience. He is available for commentary and insight for print, online and broadcast media outlets globally.

To discover more about RACEWKND, visit their Instagram @theracewknd or visit their website at www.theracewknd.com. The RACEWKND x Miami F1 GP guide will be available at www.f1miamigp.com. Magnus is available for comment about Formula One culture, community and fandom in the US via the media contact below.

RACEWKND is a new large-format magazine for Formula One fans. We explore the circuits, cities and culture of F1 with award-winning photography, cutting-edge design and world-class storytelling. Collection 1 celebrates the Jet Set lifestyle, F1 in the 1970’s, F1 in the USA and F1 World Champions. RACEWKND was part-funded through a Kickstarter campaign and is the perfect next step for the new F1 fan. Find out more at www.theracewknd.com

Magnus Greaves is an entrepreneur with a track record of success in the finance and publishing industries. He previously launched award-winning magazines Trader Monthly and MYMAG. Apart from Formula One, his main passion is to teach underserved communities about money and entrepreneurship and he founded a program based on these initiatives that partnered with the Obama White House. Listen to an exclusive interview with Magnus and Driven by Diversity here.

Press release distributed by Pressat on behalf of RACEWKND, on Wednesday 27 April, 2022. For more information subscribe and follow https://pressat.co.uk/ 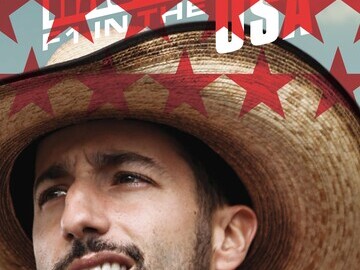 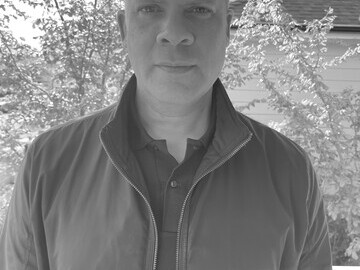