New Year’s Resolution to be a Vegan or Vegetarian too difficult – how about becoming a DEMY?

News provided by The DEMIES Organisation on Monday 7th Jan 2019

DEMIES are people who don't want to eat animal mammals for ethical, health or environmental reasons, but find it just too difficult to become a vegan or vegetarian. Animal mammals are the same as us, in so much as they give birth to their young and ween them on their own milk - so that's a good ethical reason not to eat them. There's also climate change and health issues. Although DEMIES don’t eat animal mammals, they eat all other types of foods. Including: fruit and vegetables; poultry and fish; eggs and diary; grains, nuts, and pulses. So, when one thinks of all the different meals one can have, it’s easy to understand that it’s no real sacrifice to become a DEMY.

Other reasons not to eat animal mammals include the recent Government's advisory ‘Committee on Climate Change’ report recommending the number of sheep and cattle in the UK should be reduced by between a fifth and a half to help combat climate change. Coupled with the NHS Eatwell guidelines on healthy eating, which proposes a reduction in consumption of 89% for beef and 63% for lamb, and a 20% decline in dairy products - there is no better time to reconsider our position on eating animal mammals.

So, as the New Year gets under way, now’s the time to resolve to become a DEMY.

The Organisation has a video: ‘DEMIES don’t Eat Mammals’ which explains why it is no real sacrifice becoming a DEMY.

The video can be seen at www.demies.org and YouTube: https://youtu.be/187rw_bTsws

For more information about The DEMIES Organisation.

Press release distributed by Pressat on behalf of The DEMIES Organisation, on Monday 7 January, 2019. For more information subscribe and follow https://pressat.co.uk/ 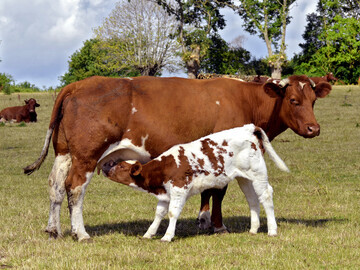 New Year’s Resolution to be a Vegan or Vegetarian too difficult – how about becoming a DEMY?