Ludlow’s ideology and actions contradict the true teachings of Islam

On Friday, 10th August 2018, Lewis Ludlow, who had pledged allegiance to the so-called ‘Islamic State’, pleaded guilty to a terrorist plot to drive a van into pedestrians on Oxford Street in London. He had hoped to kill up to 100 people.

Although he had professed Islam at the age of 17 and attended a mosque in Chatham, his ideology and actions stand in complete contradiction to the true teachings of Islam and are in contravention of the injunctions of the Holy Quran and the example of the Holy Prophet Muhammad (sas). It is a sad irony that such persons try to further the cause of Islam by violating its injunctions.

We are approaching Eid-ul-Adha, the festival of sacrifices. This is an annual event when Muslims should be thinking about sacrificing their desires for the sake of the Divine Command to be the benefactors of humanity. At the pilgrimage which takes place at this time we shed our normal clothes to denote the discarding of our routine daily desires and in their place put on a simple white garment, denoting symbolically the immersion of the soul in a simple life free from the encumbrances of worldly desires.

Abraham’s name lives on because he was ready, together with his son Ishmael, to make the supreme sacrifice and not on account of any desire to kill another person under the motivation of vanity, anger or injured feeling, or through blindly following preachers of hate, oppression and mayhem. Let us follow his example and show the world that we occupy the moral high ground. 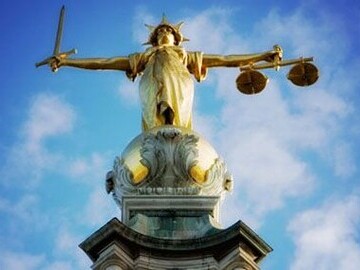 Ludlow’s ideology and actions contradict the true teachings of Islam