Global leaders in fintech, blockchain, and cryptocurrency gather to discuss disruption of the global financial system and worldwide transactions

Los Angeles, CA (July 10, 2017) — Global VC investment for fintech increased to $17.4 billion in 2016, and around $36 billion of financing was acquired for the same year. While some reports find that investments into financial technologies are led by the United States and United Kingdom, other global markets are swiftly turning to disruptive technologies to establish a new financial world order.

The State of Digital Money is Los Angeles’ first professional fintech conference. It is among the first bids for the city to establish itself as a fintech hub. This year’s conference focuses on the impact of financial technologies on a global scale; innovations in transactions and payments, exploring new applications for blockchain and artificial intelligence, and the regulatory landscape of digital money.

The conference will be held on July 22, 2017 in Downtown L.A.’s Financial District at Cross Campus 800 Wilshire Boulevard, Los Angeles, CA 90017. It will one of the first events to offer Ethereum as a payment option through a partnership with Hello Sugoi, a revolutionary event ticketing platform built on the Ethereum blockchain. Tickets are on sale now.

Cryptocurrencies Bitcoin and newcomer Ethereum have experienced sustained rapid appreciation, with both hitting record highs during the third week of June. While influential investors debate price justifications, hundreds are already exploring different use cases for the blockchain technology that cryptocurrencies are based on. These two topics will be covered by panels, subsequent discussions, and workshops at the State of Digital Money 2017.

About State of Digital Money

The State of Digital Money: The New Financial Future Connected. Developed by Cureativ, the State of Digital Money provides up-to-the minute news and content pertaining to the emerging technologies, regulatory landscapes, and evolving trends disrupting the global financial system and worldwide transactions. It hosts a yearly professional conference that connects the leaders, innovators, and stakeholders in fintech, blockchain, and digital currencies.

Press release distributed by Pressat on behalf of State of Digital Money, on Tuesday 11 July, 2017. For more information subscribe and follow https://pressat.co.uk/ 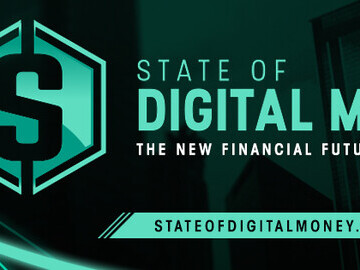