Celebrating their 2nd anniversary, this year through the lens of “London’s Great Women of Colour, the Black Heroes Foundation returns to City Hall.

Celebrating their 2nd anniversary the Black Heroes Foundation brings to life Black history, this year through the lens of “London’s Great Women of Colour”. Showcasing at City Hall, the exhibition honours women's contributions to London life in association with Sadiq Khan’s #BehindEveryGreatCity campaign. As Londoners vote for their top female role models, like Connie Mark who in 1943 challenged the British War Office for equal pay.

Quoted as saying “We damn well knew there was a war on. And that's why I joined up”, Connie Mark is an icon in her own right. Having risen through the ranks of the Auxiliary Territorial Army in Kingston Jamaica as a medical secretary, she was denied pay rises and after the war ended the honour of a British Empire Medal (BEM). Connie continued to speak out against inequity in her later years in England, as she fought to have Caribbean women and men recognised for their efforts in the war. Joining the West Indian ex-Servicemen's Association and later becoming a community activist, Connie used the power of spoken word to evoke pride in young people for their heritage. Connie went on to highlight the memory of another overlooked service member, Mary Seacole. Coming across her unkempt grave, Connie set about founding the Mary Seacole Memorial Association in 1980, going on to fund a Nursing leadership studies bursary in her name. Connie Mark was finally acknowledged for her British service with a BEM in 1991 and two years later her MBE for contributions to Caribbean culture in the community.

The continuing legacy of Connie Mark’s ‘Mary Seacole Memorial Association’ will be one of many celebrants brought together by the Black Heroes Foundation during the anniversary on the 30 October 2018. “It’s an honour and delight to work with such an incredible band of people who carry on the work that was started by the wonderful Connie”, says BHF founder Joyce Fraser. Joyce herself knows all too well of legacies as she set up BHF in 2016 to commemorate the late Flip Fraser, the first editor of The Voice Newspaper and founder of the world renowned ‘Black Heroes in the Hall of Fame’ theatre production. “Involving the community to highlight their nominees for ‘London’s Great Women of Colour’, shows how as a collective we have made a real impact in society”.

“We are honoured to be invited back by the Mayor of London to host our event at City Hall, celebrating the achievements of Black women. Showcasing some of our favorite artists such as Kofi, Pamela Ivonne-Cole, Lloyd Brown, Noel McKoy, Ara, Sharon Henry, Tropical Isle and DJ Elayne in an exhibit filled with music, song, dance and spoken word”

The London’s Great Women of Colour event will take place 30th October at 6pm, in the The Living Room, City Hall. For tickets and more information go to Eventbrite 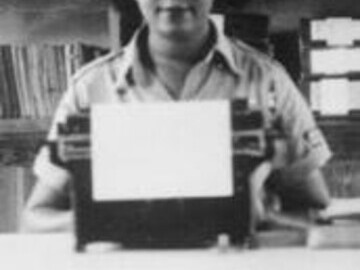