Managed office platform Kitt raises £2 million in seed funding and appoints former Fitness First CEO Oren Peleg as Chairman. The funding round was led by Proptech investor and YOPA co-founder Andrew Barclay who will also join the company’s board.

Founded in August 2018 by entrepreneurs Steve Coulson and Lucy Minton, the company is building a platform that transforms the office leasing experience for both tenants and landlords.

On the platform, tenants can visualise and design their space using virtual reality. By partnering with landlords, Kitt then delivers a fully customised fit-out with ongoing office management, all bundled into a single fixed price package.

The commercial office market in the UK is worth £19 billion a year, with managed offices representing 5% of the market currently and predicted to grow by 30% per year over the next 5 years.

Changes in the leasing market have pushed rent levels down by 23% on sub-5,000 square feet units in the last 9 years, with many companies switching to co-working models, leaving landlords needing to adapt to this evolving demand.

The ‘lease then sublet’ model of many co-working companies can leave landlords financially exposed and vulnerable without sharing in any upside. Kitt’s model, by contrast, enables landlords to compete with these providers directly, achieving higher rents with a managed, self-branded product, better suited to more established businesses.

With some landlords fitting out empty units before marketing in the hope of attracting smaller occupiers, Kitt’s use of virtual reality brings empty spaces to life to match the tenant’s needs more precisely before the build - a lower risk approach for landlords and a more tailored product for tenants.

Kitt’s technology not only allows tenants to visualise and create their office space before commitment, it also enables face ID entry to office buildings and provides a full building management platform with an app that enables them to transform small units into fully managed spaces.

By challenging the traditional leasing model and managing the office throughout the tenancy, Kitt is not just filling empty space, but also reducing void-periods, eliminating rent-free incentives and driving significantly increased returns, with all tenants contracting directly with the landlord, not via an intermediary company.

Specialising in growing and maturing companies, Kitt will use the seed investment to deepen its relationship with landlords across London and further develop its technology.

Steve Coulson, Kitt’s CEO and co-founder said: “In just a few months we’ve taken on 20 spaces in office buildings in London, and have partnered with dozens of different companies to give them their own unique and fully managed office, designed just for them.

“Increasing numbers of growing businesses feel that shared-working isn’t for them - either because of the high costs or because they want their own brand on their office, not someone else’s. They also want to design their own fit-out and only pay for the office services they actually need but without the pain-points of traditional leasing. Kitt is able to join up these two different parts of the market very successfully.”

Oren Peleg, Kitt’s new Chairman said: “Having been a mentor for Steve and Lucy since they first had the idea for Kitt, I’m delighted they have asked me to formalise my role and chair this company. They’ve identified a real sweet spot in the market. There’s vacant small footprint office space in London and other UK cities that’s perfect for companies who are growing or maturing and want a self-branded, managed space without the disadvantages of co-working.

“Based on our success to date, we now have big ambitions and Kitt aims to be the largest provider of bespoke managed spaces in London by number of locations by 2020 with plans to roll out to other regional cities.”

Founded by Steve Coulson and Lucy Minton in August 2018, Kitt is the managed office platform that provides a seamless alternative to traditional office leases.

For growing and maturing companies, Kitt allows them to design their space before delivering and managing their ideal office with a single fixed price package.

Their powerful back-office technology has digitised and automated many of the traditional functions typically undertaken by office and building managers, enabling them to transform any office unit into a fully managed space.

Visit: www.kittoffices.com to find out more.

Steve is the CEO and co-founder of Kitt. The former CFO of VC-backed parking app JustPark, Steve has a background in Investment Banking and Strategy Consulting. He studied Economics at Durham University and the LSE. Most recently, Steve and Kitt’s co-founder Lucy Minton led the successful turnaround of JustPark – tripling growth in the 18 months after a strategy pivot in 2015. Steve oversaw the build of the technology platform, managed a development team of 25 and ran the Marketing, Data Science and Finance functions.

Lucy is the COO and co-founder of Kitt. Lucy graduated with a degree in Mathematics from the University of Bristol, and started her career in marketing before joining an early-stage start-up. Lucy joined JustPark at seed stage as the second employee, becoming Commercial Director before leaving in 2018 to set up Kitt. Alongside Kitt’s co-founder Steve Coulson, Lucy oversaw the successful turnaround of JustPark and led the redevelopment of the company’s commercial proposition.

Press release distributed by Pressat on behalf of Kitt, on Tuesday 10 September, 2019. For more information subscribe and follow https://pressat.co.uk/ 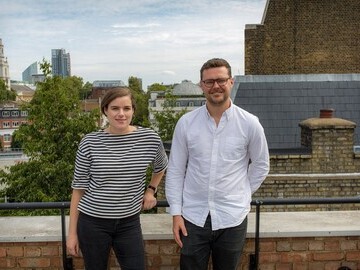 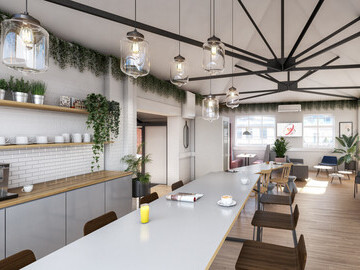 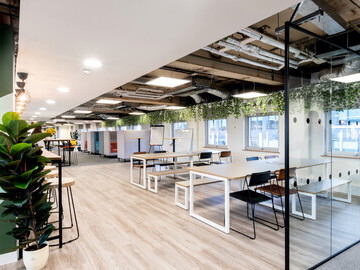 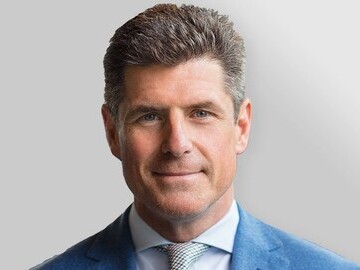 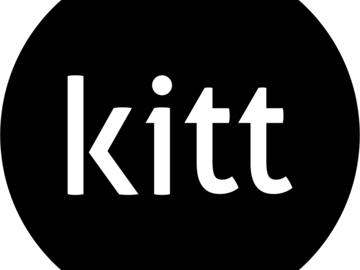