The painting of Kim Byung Jong, 'Main Entrance of Seoul National University in Snow, which was gift to Xi Jin Ping's assembly is on NFT auction.'

After the global pandemic, all the necessities of life can be solved at home using a smartphone or PC, in addition, various non-face-to-face services are emerging to match the transformed lifestyle. The transformation from analog to digital market is steadily increasing, and according to International Data Corporation (IDC), the market is expected to reach approximately KRW 7000 trillion within the next 2-3 years.

Digital Transformation (DX), in which continuously evolving digital technology penetrates our life, allows people all over the world to simultaneously watch movies, listen to music, and move to the house that they want in the same place.Like these consumers' consumption patterns transition, digital transformation is essential for artists who create creative work using existing physical tools could also take advantage of the digital market.

In the rapidly changing digital era, the news that artist Byung Jong Kim, a 'life artist' who adds a modern sense to the traditional beauty is exhibiting an analog work as the first NFT to Nvirworld, is drawing the attention of the art world.

The first NFT work presented by Kim Byung Jong through the auction is 'Main entrance of Seoul University in Snow’, which was given as a gift to President Xi Jinping during his visit to Korea in 2014. The snowy main entrance of Seoul University and the red pine tree symbolizing China and Korea in harmony are in the painting. Author Kim said, “It contains a wish for a better relationship between China and Korea in the future similar to the two pine trees that represent the two countries with the snowy landscape behind.”

After President Xi Jinping returned to China, the work became a hot topic, and Kim Byung Jong, who at the same time received the spotlight, conducted an interview with Xinhua News Agency, one of China's leading news agencies. In addition, in June, when the news about the artist's first NFT work was released, it was also reported in about 20 Chinese media, including Tencent, Baidu, Sohu, and Zhonghua.

Since there are many works that embody red, the symbol of auspiciousness, and green, the symbol of “life,” as a “Life Artist”, Kim Byung Jong received a lot of interest in China. Experts consider the use of color to be a factor leading to the popularity of artist Kim Byung Jong in Greater China because it is linked to the ‘Feng Shui color preference’ in the Greater China region.

Meanwhile, the first NFT artwork auction for Kim Byung Jong's 'Main entrance of Seoul University in Snow’ will be held from 9:00 am on August 25 to 3:00 pm on August 31, according to the artist's idea. All profits from the auction will be donated to UNICEF to support food, water, and sanitation projects for undernourished international children.

Press release distributed by Pressat on behalf of nvirworld, on Monday 30 August, 2021. For more information subscribe and follow https://pressat.co.uk/ 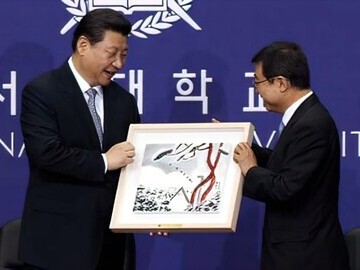 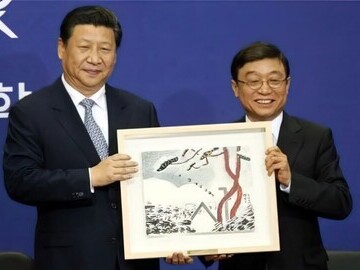 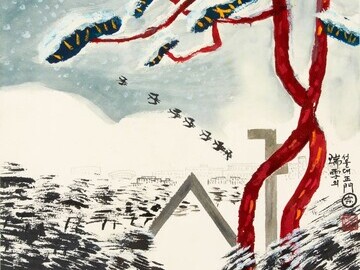