Interest rates kept at 0.5% but borrowers could miss out on best deals

To gain access to the best possible loan interest rates, borrowers should check their credit score

After a great deal of speculation that the Bank of England would reduce the base rate of interest by one quarter of a percent to 0.25%, its Governor, Mark Carney, recently announced that the rate would remain set at 0.5%. This news will come as a slight disappointment to borrowers who may have hoped to see their mortgage interest payments reduced, though savers will be marginally relieved to still receive the same rate of interest on their savings and investments.


Most members of the Monetary Policy Committee believe, though, that rates may fall next month, when the Bank of England will be in a stronger position to judge the impact of Brexit and any rise in inflation caused by a drop in the value of sterling, and take whatever measures it deems necessary to keep the economy stimulated and out of recession. Ordinary borrowers who have a variable rate of interest on their mortgage should see no change to their monthly payments and with the prospect of a further reduction in interest rates in August many borrowers may seek to fix their interest rates for the foreseeable future if they fear that this drop may be temporary and that higher interest rates are ahead.

With a low base rate of interest in the UK, individual rates of interest on loans and mortgages should be lower than in previous years. However, although the base rate does have a bearing on general rates of interest on financial products, individual loan offers have interest rates attached that are calculated based on borrowers’ personal and financial circumstances. Traditionally, this has meant that a credit check is carried out by a lender to ascertain how good a borrower is at repaying their debts, and an affordability test is applied to ensure that a borrower can actually afford the repayments each month, even allowing for a notional future rise in interest rates.

However, merely having a good credit history and solid credit score may no longer be enough to allow borrowers to access affordable borrowing: it is also now more common for lenders to carry out social score checks. Social scores are based on use of social media sites such as Twitter, Facebook and LinkedIn and provide an analysis of personality and lifestyle that can either assist or prevent a person from being granted credit. Someone seeking to borrow money may be asked by the lender for permission to carry out a social score check: refusing that permission may lead to the application being declined or a negative score being presumed and a higher interest rate imposed accordingly.

A completed social score check will reveal aspects of a borrower’s personality and lifestyle that are pertinent to their loan application. For example, the score may reveal that the borrower is conscientious and conservative, which should lead to a loan approval with a relatively low interest rate; meanwhile, a borrower who spends much time in the early hours of the morning on Facebook discussing being ‘wasted’ or having money worries is less likely to be offered a low interest rate.

To gain access to the best possible loan interest rates, borrowers should check their credit score and take steps to improve it where necessary and possible (e.g. by registering to vote, or closing old credit accounts) and it is now possible for them to check their social report and score with Credit Angel. From their report they will be able to see where their online footprint could be improved and they can use the tools available from Credit Angel to make their social score stronger. By seeing what lenders will look at on receipt of an application to borrow money, borrowers can anticipate what problems they may find and take steps to rectify those problems before applying.

Press release distributed by Pressat on behalf of Credit Angel, on Monday 8 August, 2016. For more information subscribe and follow https://pressat.co.uk/ 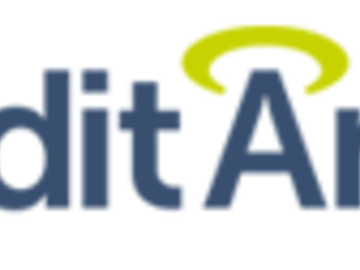 Interest rates kept at 0.5% but borrowers could miss out on best deals