"Knowing there was somewhere to get a bit of sleep meant we could totally focus on Miley."

The family and friends of a little girl who suddenly passed away at just ten years old are tirelessly fundraising in her memory to thank The Sick Children’s Trust for giving her parents a place to stay close to her hospital bedside.

‘Smile for Miley’ was set up in Miley Todd’s name following her tragic passing last year after she suddenly became ill with headaches and nausea. Miley, a pupil at Allonby Primary School, was admitted to West Cumberland Infirmary where her condition rapidly deteriorated and within a day was rushed to Newcastle’s Royal Vitoria Infirmary (RVI) – two hours from home – for brain surgery in an attempt to save her life. Sadly despite this, Miley passed away.

While Miley was treated at RVI, her family were supported by The Sick Children’s Trust. The charity gave her parents, Dom and Lesley, a place to stay at its Crawford House which is located just a few minutes’ walk from the children’s ward. To thank The Sick Children’s Trust for its support, Miley’s family and friends have undertaken a number of fundraisers throughout the year, with nine people taking on the Great North Run on Sunday 8 September. Miley’s dad, Dom Todd, who will be running the famous 13.1 mile route said:

“Crawford House, and its staff, are an amazing help to families that have a child in hospital. The manager, Andrew, met Lesley when Miley went into surgery to show her where Crawford House was, the room we would be using, and everything we needed to know which was a huge comfort when we were so far away from home. Knowing there was somewhere to get a bit of sleep meant we could totally focus on Miley.

“Unfortunately the damage that Miley had sustained meant there was going to be a devastating end to our time there, however most families have a better outcome and without Crawford House they wouldn't be able to spend all their time with their children.

One lady told us she had been there 71 days and counting. If she’d stayed in a hotel it would have cost hundreds or even thousands of pounds which most families do not have. Crawford House truly is a godsend, something every family needs to have when their child is in hospital which is why we’ve been fundraising for The Sick Children’s Trust. All the money we have raised is really through family and friends who have done events, donated and much more. We will never be able to thank them enough.”

Alongside Dom, running for The Sick Children’s Trust from ‘Smile for Miley’ are Miley’s brother Jake, uncle Matthew Todd and close friend Garry Mounsey, cousins Matthew and Tia Pullin alongside their partners Jessica Penrice and Jake Waldock and godfather Gavin Manchester. Cheering them on along the route will be Miley’s siblings, Sam, Trafford and Talia Todd. 30 year old Sam said:

“We really wanted to do something to say thank you to The Sick Children’s Trust. Crawford House meant my parents could be with Miley whenever, but also have a space where they could rest, shower, change and talk to other families. Crawford House also went the extra mile and offered Trafford and Talia a place to stay. We are feeling very grateful and humbled with everyone’s generosity and would like to say a huge thank you.”

The Sick Children’s Trust relies entirely on voluntary donations to run its ten ‘Homes from Home’ across the country supporting families with seriously ill children in hospital with a place to stay. It costs the charity £30 to support a family for one night. Crawford House Manager, Andrew Leadbitter, said:

“We are in awe of Miley’s family. They have shown so much strength and have an incredible passion for fundraising for Crawford House – we can’t thank them enough for fundraising for us over the last few months when they have been dealing with such a huge loss.

“We’re wishing every runner the very best of luck in the race and can’t wait to congratulate them at the finish line. Good luck to everyone running for ‘Smile for Miley’.”

To donate to ‘Smile for Miley’s’ fundraising page visit http://www.justgiving.com/Pullin-family, and for further information about The Sick Children’s Trust, go to sickchildrenstrust.org

Press release distributed by Pressat on behalf of The Sick Children's Trust, on Thursday 15 August, 2019. For more information subscribe and follow https://pressat.co.uk/

Miley pictured with her sister Sam 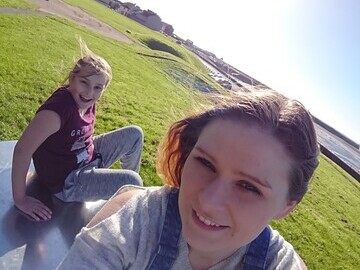 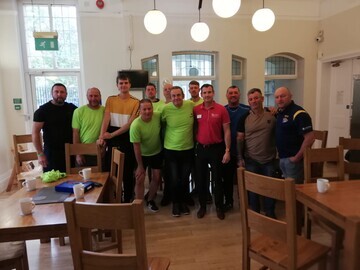