HEREFORDSHIRE MAN TURNS CANCER DIAGNOSIS ON ITS HEAD TO RAISE OVER £8,000 FOR CHILDREN SUFFERING HAIR LOSS

This is known as a complete response to treatment, and had only been seen by Martyn’s consultant in 6 patients out of 1,250 over 5 years.

Martyn Edwards is no ordinary fundraiser. Martyn, from Hereford, was diagnosed with stage 4 bowel cancer in 2016 which had spread extensively to his liver and was inoperable at the time. Yet earlier this month, this incredible man not only organised but participated in, a thrill-filled Treasure Quest encouraging family and friends to take part in their respective cars, traversing across the five counties of Herefordshire, Monmouthshire, Worcestershire, Gloucestershire and Powys, raising over £8,000 for the Little Princess Trust.

Following his diagnosis, Martyn endured 16 sessions of chemotherapy and 12 sessions of an antibody drug. During this time, Martyn adopted a strict anti-cancer diet, focused on work and positivity. Part of this positive focus manifested itself as a desire to do something life-changing for other people.

Martyn explained: ‘I lost my hair as part of the treatment process and thought how difficult it would be for a child to do the same, hence how I found out about the great work that the Little Princess Trust does for children who lose their hair. I decided that I had to do something for this charity.’

The CT and MRI scans throughout Martyn’s treatment showed massive reductions in the tumours. Eventually Martyn was in an operable position. In May this year, 20% of Martyn’s liver was removed. Amazingly the liver consultant reported no cancer cells in deposits that had been removed and the bowel tumour had also been destroyed. This is known as a complete response to treatment, and had only been seen by Martyn’s consultant in 6 patients out of 1,250 over 5 years. In essence a very rare, complete response, the cancer in both cases eliminated.

Buoyed by his diagnosis, Martyn found the energy to organise his Treasure Quest. Participants competed in a selection of classic motorbikes and modern and vintage sports cars, to find the expertly hidden clues whilst notching up points. One guy even completed the 100 mile journey by push bike. The teams all ended up at the Baskerville Hall Hotel, Hay on Wye after a brilliantly fun day.

Monica Glass, Charity Manager, said: ‘It has been a privilege to get to know Martyn through his organising of the Treasure Quest challenge. We are all staggered and very grateful at how much he and his friends and supporters have raised. It is enough for the Little Princess Trust to purchase a further 16 wigs for sick children. On the day, it was clear that all those that took part were enjoying a lot of fun and laughter. Definitely the best way to fundraise!’

Martyn added: ‘I would like to thank our official sponsors Level Peaks Associates, PBS Enforcements Agents, Chrysal, Middleton Jones Property Recruitment and Colliers International for their kind support. A big thank you also to Speed The Plough, Tibberton and The Baskerville Hall Hotel Clyro for their hospitality. We hope to make this an annual event, roll on Treasure Quest 2018!’ 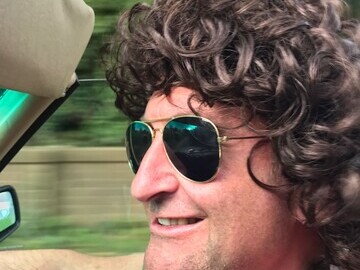 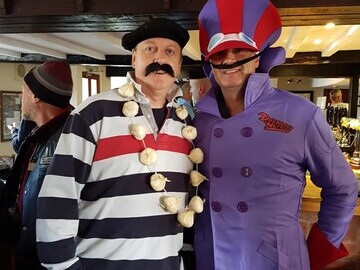 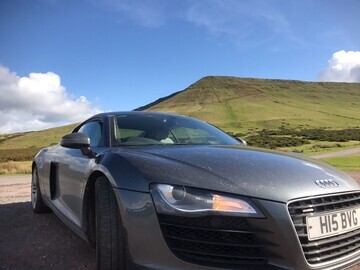 HEREFORDSHIRE MAN TURNS CANCER DIAGNOSIS ON ITS HEAD TO RAISE OVER £8,000 FOR CHILDREN SUFFERING HAIR LOSS