The proportion of UK towns and cities that are affordable for first-time buyers has risen to its highest level for a decade, according to the latest Halifax First-Time Buyer Review.

The average house price paid by a first-time buyer (FTB) in June 2012 was affordable for someone on average earnings in more than half (54%) of all local authority districts (LADs); the highest proportion for ten years. This is up from 40% a year ago and almost eight times the proportion of affordable LADs at the peak of the housing market in 2007 when only 7% of LADs were affordable.


Number of first-time buyers increases in 2012
The number of FTBs has risen over the past year, albeit from a historically low level, helped by the improvement in affordability.
Halifax estimates that there were approximately 114,000 FTBs in the first half of 2012, up by just over a third (34%) from the same period in 2011 (85,600), but less than half the number a decade ago (244,700). The recent ending of the stamp duty holiday is likely to have boosted the number of first-time buyers in the first six months of 2012 as some buyers brought forward their purchases to meet the March deadline.

Martin Ellis, housing economist at Halifax, commented:
"With first-time buyers forming a vital part of the housing market, it is clearly encouraging that the number of those getting onto the property ladder for the first time may well increase this year, albeit from a historically low level. This partly reflects the substantial improvement in home affordability for first-time buyers since 2007, following the fall in house prices over the period."

"However, the continued uncertainty over the outlook for the UK economy and the difficulties faced by many in raising the necessary deposit remain significant hurdles for those wishing to buy their first home.

North-South divide in FTB affordability widens over the past decade
Despite the overall improvement in affordability, there is a stark contrast between conditions in the north and the south. In June 2012, just 9% of all UK LADs that are affordable for FTBs were in southern UK1; a tenth of the proportion in the north 2 (91%). In 2002, 15% of all UK LADs that were affordable for FTBs were in the south compared to 85% in the North.

DATA SOURCES:
The review is based on data from the Halifax's own extensive housing statistics database, along with data from the Council of Mortgage Lenders, the Office for National Statistics and the Department for Communities and Local Government.

1. House Prices
The prices used in this research are simple arithmetic ('crude') averages. These prices are not standardised and therefore can be affected by changes in the sample from period to period.

Average prices for 2002, 2007, 2011 and 2012 are for the 12 months to June.
2. Average Earnings
Average earnings figures are from the ONS's "Annual Survey of Hours and Earnings" (ASHE) and refer to the means for full-time employees.

Press release distributed by Pressat on behalf of Customer Relations , on Thursday 19 July, 2012. For more information subscribe and follow https://pressat.co.uk/ 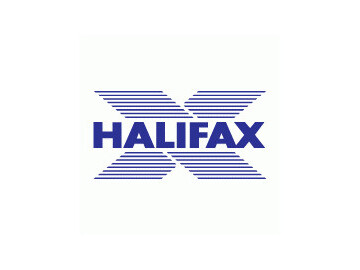