We are hoping to elevate the voices for inclusion, respect and dignity within both LGBT+ community and faith community.

During the webinar participants will hear from very distinguished panellists:

Rabbi Mati Kirschenbaum a Progressive Judaim Rabbi attracted to this rabbinate because of its inclusion of LGBT+ Jews. Imam Dr. & Rector Ludovic-Mohamed ZAHID a founder of French Muslims for Progressive Values, Fr. Bernárd Lynch an out gay Catholic priest, Sally Rush a queer Christian who is studying for a theological doctorate, Professor Rusi Jaspal an academic who conducted research into intersection of sexuality and religion, Christopher Geake Humanist who works as non-religious chaplain for NHS and Harpreet Singh a founder of Sikh network. [Bios of the panellists below]

Lukasz Konieczka, an executive director of Mosaic Trust, has said:

‘Under lockdown, it can be even harder for LGBT+ persons of faith to make peace with the intersection of their identities. This event aims to amplify voices for inclusion, dignity and respect. I hope that we can help LGBT+ persons of faith to reconcile their faith with their sexuality and / or gender as well as challenge any biases towards religions that are still present far too often in society and our community. I also welcome our allies and professionals in diversity and inclusion as well as teachers hoping they can take away the learning and challenge prejudice more effectively.’

'We hope that this event will help to visibilize our intersectional work towards more inclusive and equalitarian societies.'

'Sexuality and Spirituality are one. The same source of the same river, that is split or divided at birth or very soon afterwards. This is caused mainly by a false concept of God... Between God and us, there is no between. My hope for the participants is that they can become more integrated in their sexuality and spirituality no matter what their religion or faith’

'Let's progress as a society by treating LGBT+ people within their faiths as equal and instil self-confidence in them.'

Event is free to attend, but you are welcome to donate at the time of registration towards the operating costs of Mosaic LGBT+ Young Persons' Trust.

Inter Faith Week's aims are to:

Rabbi Mati was born in Wroclaw, Poland. He grew up secular as his family kept their Jewish heritage a secret to avoid communist persecution. Mati got actively involved in Jewish life in his late teens. This involvement sparked Mati's interest in pursuing Progressive rabbinate. One of the aspects of Progressive Judaism that resonated with Mati was its inclusive and welcoming approach to LGBTQ+ Jews.

Mati's journey to the rabbinate took him to study in Germany, Israel and the UK. Rabbi Mati completed rabbinical training at Leo Baeck College in London in July 2020. He feels honoured to start his rabbinical career at BRS.

Imam Ludovic -Mohamed Zahid is the only theologian in the world to establish such links between humanities, gender studies and religious sciences. During his adolescence in Algeria, L. Zahid has trained to become an imam by studying Qur'an exegesis - Tafsir al-Qur'an - and the pillars of tea Islamic orthopraxy - usul al-fiqh. He is now Master of cognitive psychology, graduated from the School Normal Superior in cognitive science and currently writing his PhD thesis in the anthropology of religion matters at the EHESS we the theme of Islam and homosexuality; after he did a PhD in the social psychology of religions.

Lynch is an "out" gay Irish-born Roman Catholic priest, author, and activist who has worked for the rights of LGBT people for more than forty years starting with his work in Dignity USA (New York Chapter), the LGBT Catholic group, in the 1970s.

In 1982, Lynch founded the first AIDS ministry in New York City with Dignity USA (New York Chapter) as documented in the documentary films AIDS: A PRIEST'S TESTAMENT in 1987 and SOUL SURVIVOR in 1990. Lynch publicly campaigned in support of Mayor Ed Koch's Executive Order 50 in 1984, which compels City contractors not to discriminate on the basis of sexual orientation. Lynch publicly testified in favour of New York City's lesbian and gay rights bill that bans discrimination based on sexual orientation in jobs and public accommodations, seeing it through to passage by the New York City Council in 1986. Lynch's support for LGBT rights brought down on him a false prosecution perpetrated by church and government officials. Lynch won total exoneration from Justice Burton Roberts in Bronx Supreme Court, as documented in the documentary film A PRIEST ON TRIAL in 1990 Lynch's television/radio appearances include the BBC's interview show HARDtalk in 2013.[11] He was honoured with the Magnus Hirschfeld Award 1988 for outstanding service to the cause of Irish LGBT civil rights. In 2006, Lynch became the first Catholic priest in the world to have a civil partnership. Lynch married his partner, Billy Desmond, in 2017 in Ireland.

Fr Lynch received Presidential Distinguished Service Awards for the Irish Abroad for 2019, in the Charitable Works category. The awards recognise the contribution of members of the Irish diaspora in the world.

Sally is a queer Christian who is currently working as a community worker with emerging adults at Wesley's Chapel and Leysian Mission. She is also a visiting lecturer in Chaplaincy Studies at Newman University and studying for a doctoral degree in Practical Theology via Roehampton University, sponsored by the Susanna Wesley Foundation. Her previous jobs have included Sociology teaching and Community Engagement officer for an LGBT+ charity. Sally is married to Karl, a trans man who is also a Methodist minister.

Rusi Jaspal is Professor of Psychology at Nottingham Trent University, UK, and a Chartered Psychologist and Fellow of the British Psychological Society. He is the author or editor of 6 books and over 100 articles and book chapters, many of which focus on the social-psychological aspects of sexual identity, sexual health and mental health among LGBT people. He has also researched LGBT people of ethnic minority background. Rusi Jaspal is the author of The Social Psychology of Gay Men (Palgrave, 2019), and co-author of HIV and Gay Men: Clinical, Social and Psychological Aspects (Palgrave, 2020).

Christopher's "spiritual journey" and human development has taken a circuitous, and often uncomfortable, route. As a young man, he was deeply religious. He studied theology and philosophy at the university level. In adult life, he spent 11 years as an Anglian Priest (Church in Wales and the Church of England) and 12 years as a Catholic layperson. He has worked for 30 years in health, social care, and community development. Throughout his life, he has been unashamed "out" as a gay man and LGBTQ+ activist. For several years Christopher has been an active member of Humanists UK, a former Chair of LGBT Humanists UK, and a practitioner and trainer within the Non-Religious Pastoral Support Network. He currently works as a part-time hospital "Chaplain", providing emotional support for patients, their visitors, and staff.

Harpreet Singh is a British-born gay man of Indian descent. He grew up in a liberal Punjabi Sikh family and came out to his family at the age of 16. He has been actively involved in starting an LGBTQ+ society in his college years, worked with Leicester LGBT Centre and participated in helping faith-based LGBT groups. He is a baptised Sikh but no longer follows orthodox Sikhism. He is currently pursuing a degree in politics and hoping to push LGBT rights in India as a whole within the near-future. He has also recently started an Indian-based matrimonial company, specialising in LGBTQ+ arranged dating, relationships and marriage for the benefit of the community; aiming to empower the community around the world.

Has a fifteen-year long history of working with young LGBT+ persons and is a strong advocate for inclusion and intersectionality. He is an executive director of Mosaic LGBT+ Young Persons’ Trust as well as a member of the Community Advisory Board of Pride in London. He also volunteers as a home visitor for charity ‘Refugees at Home’ which he very much enjoys. He was born into a Roman Catholic family in Poland but is now a Humanist Atheist with strong environmental and equity values that underpin his work and life philosophy.

For all press enquiries: stephen.oakes@mosaictrust.org.uk 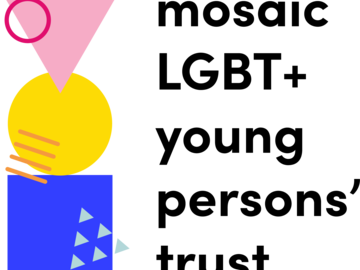 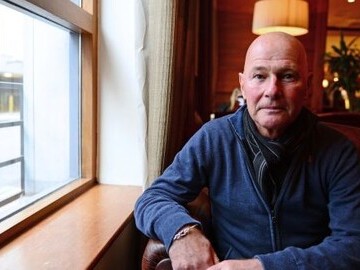 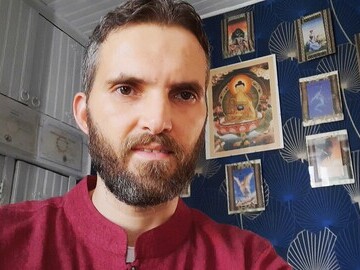 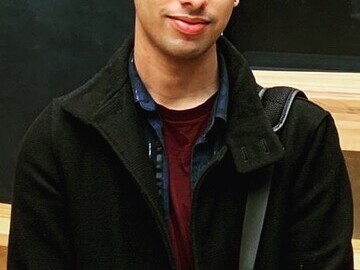 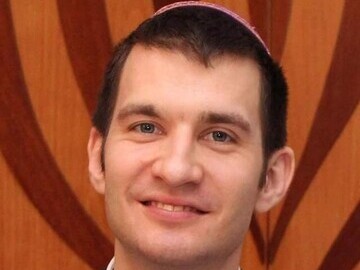 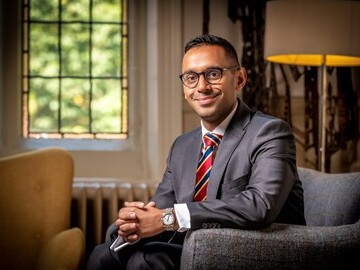 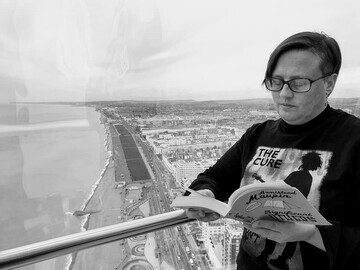 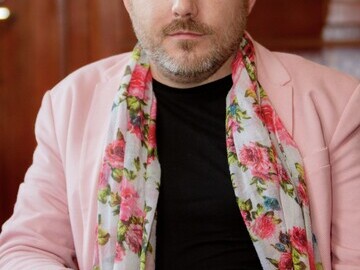