Gilad Tisona: How Amazon Will Affect the Local Market

“It’s true that local suppliers will be affected by Amazon’s entry into Israel. Israelis flock to brand names and love buying everything online and ge

Amazon recently launched its Israeli platform. Gilad Tisona believes that Amazon’s entrance alone will not bring about the collapse of the Israeli retail market, but it will add a few more nails to the sector’s unavoidable coffin

Small businesses in Israel have not had it easy for years: While in the past small business owners were considered affluent, most businesses today suffer from customer migration to the large chains and online shopping. In addition, business owners are affected by the security situation in the south (and sometimes in other places), which contributes to business instability. They are also are exposed to the high cost of living, which brings with it high expenses on the one hand and yields lower revenues on the other, as well as other factors which hinder business stability.

In addition to all of the existing threats already facing them, Israeli business owners now also need to deal with Amazon, the huge retail giant. Amazon holds a 5% share of the entire US retail market: That is, one seller that accounts for 5% of all consumer sales in the US, the land of unlimited consumption. This statistic is simply amazing, and it’s even more amazing (or frightening) when we consider what Amazon might yet do in the future: Amazon and other conglomerates like IKEA, Kmart, Walmart and others are slowly taking over the entire American retail market. Small businesses have disappeared, that’s already clear. But Americans are already reducing their visits to shopping malls, more and more of which are turning into abandoned buildings. Even chains that once dominated shopping malls, like RadioShack and Toys R Us, have gone bankrupt.

America is Not Israel

In the US, people buy everything on Amazon, even their groceries, which are delivered to the customer’s car within an hour of the order. In Israel, however, even the retail giant’s entry won’t bring with it the variety of options we haven’t had thus far. According to Gilad Tisona, we won’t be seeing a significant change in Israel, at least not in the near future.

In response to our question regarding Amazon’s entry into the Israeli market, Gilad Tisona says that: “It’s true that local suppliers will be affected by Amazon’s entry into Israel. Israelis flock to brand names and love buying everything online and getting everything fast. But with clothing, for instance, we already have Asus and Next. I don’t believe Amazon will do a better job. Therefore, clothing sellers will not be overly affected by Amazon, simply because they have already lost much of their sales revenues to online shopping.”

It should be clarified that Amazon is not implementing a complete entry into Israel: It will indeed be launching a commercial platform in Hebrew with Israeli sellers who comply with Amazon’s rules and standards, but it will be the sellers who have to ship the purchases. This is in contrast to the US, where Amazon enables sellers to sell through its platform while also acting as a seller itself and is organically responsible for the entire supply chain through its notorious shipping centers.

According to Gilad Tisona, prices will not be as attractive as the prices we have become accustomed to when shopping overseas: “When we buy from overseas, we don’t pay VAT for purchases under $75. However, Israeli sellers must charge us VAT regardless of the purchase amount, which does away with a very significant advantage to overseas shopping. That’s why if Amazon wants to generate serious sales revenues it will need to offer all kinds of sales and entice Israelis with all types of deals. For instance, it was recently announced that Amazon will be partnering with Bank Hapoalim, which will give its credit card holders online discounts.”

Gilad Tisona, who for years has been involved in online marketing, believes that even if Amazon doesn’t bring change to the Israeli market, the struggle for online shopping has already been won: “The way it is entering the Israeli market, Amazon isn’t really a bearer of good news: Today, many Amazon products aren’t available in Israel, but if more American Amazon sellers started delivering to Israel the volume of orders would increase and the impact on the market would be very significant, even more than Amazon’s official entry into Israel. The bottom line, however, is that with or without Amazon, it doesn’t really matter. Israelis have long since discovered online shopping, and nothing will stop their shopping sprees. Business owners who tried to prevent Amazon’s entry into Israel came to realize that they were just fighting windmills.”

It Won’t Be Easy for Amazon Either

Amazon’s launch in Israel already encountered quite a bit difficulty when it was made public that sellers weren’t in any hurry to join the platform: On the one hand, sellers are required to handle product deliveries themselves, and on the other, they are committed to meeting Amazon’s standards, which is no simple task (delivering orders in a very short time). In addition, Amazon takes a very sizeable commission for itself, making the decision of whether to join the platform a difficult dilemma for sellers.

According to Gilad Tisona, this will not necessarily be a success story: “Amazon is a trillion-dollar corporation. It doesn’t really need the Israeli market, and this is actually about taking another small step on its way to global domination. However, it is uncertain whether Amazon will achieve profitability here. First, it is not clear whether the sellers joining the Israeli version will be sufficiently attractive. Second, like many foreign chains that have come to Israel, they will discover that Israeli consumers have no brand loyalty. If Amazon makes a mistake or does not offer good, cheap products, Israeli consumers will abandon them very quickly. In addition, Israeli customers often complain, return products and are known for their attempts to cheat online sellers. An entire platform relying on Israeli customers – that’s a recipe for problems.”

“There are very high operating costs in Israel”, says Tisona: “The traffic jams in Israel are insane. Product delivery in Israel is more expensive than in other places around the world, and not everything can be delivered by motorcycle. These operating costs are hard to factor in when planning a business model. International organizations know that Israelis love to pay and spend money on the one hand, but on the other, the Israeli market is tough and not rewarding. You’ve got to be smart to make a profit in a market with operating high costs and a tendency for distrustful customers. Personally, I wouldn’t bet that this will be an instant success.”

Press release distributed by Pressat on behalf of Gilad Tisona, on Thursday 10 October, 2019. For more information subscribe and follow https://pressat.co.uk/

Shopping at the mall. nostalgia 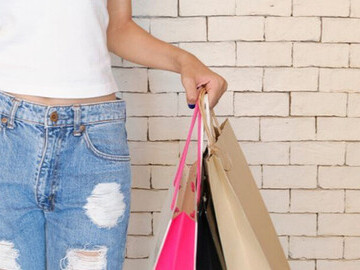 Gilad Tisona: How Amazon Will Affect the Local Market