The notion of Narendra Modi providing the template for Donald Trump and Boris Johnson to seize power may sound absurd. What can the Prime Minister of a developing country, who leads a hard right Hindu party, have to teach two leaders of sophisticated rich countries which pride themselves on being long-established democracies?

India is the world’s largest democracy and Modi’s playbook for winning elections has provided a model for both Trump and Johnson.

The Modi template says to win power you must convince enough people that they have lost their country. That they need to do something very radical if they are to regain their country.

This is such an emotive call that it can galvanise people even when there is no merit whatsoever in the argument. Modi’s success came in the Indian general elections of 2014 which, contrary to the predictions of all the pollsters, and the views of India’s chattering classes, saw his Bharatiya Janata Party sweep to victory with a thumping majority.

This book is an important and challenging analysis that will inform the global political debate and provide real insights into how Trump and Johnson gained power.

David Smith, Economics Editor, Sunday Times quotes, “This is a fascinating and original take on one of the most interesting political leaders of our age”.

Ben Fenton, former Daily Telegraph and Financial Times, “ Brimming with Bose’s intimate knowledge of his homeland, this brief description of the Indian prime minister’s rise from tea-seller to premier tells new readers all they need to know about what we might call the Modi Operandus”.

Mihir Bose, who was born in India but has lived in the UK for half a century, is an award-winning journalist and author. He writes and broadcasts on social and historical issues as well as sport for a range of outlets including the BBC, the Financial Times, Evening Standard and Irish Times.

He has written more than 30 books and his most recent publication is Lion and Lamb, a Portrait of British Moral Duality. His books range from a look at how India has evolved since Independence, the only narrative history of Bollywood, biographies of Michael Grade, the Indian nationalist Subhas Bose, and a study of the Aga Khans.

Mihir was the BBC’s first Sports Editor, and the first non-white to be a BBC editor. He covered all BBC outlets including the flagship Ten O’clock News, the Today programme, Five Live and the website. He moved to the BBC after 12 years at the Daily Telegraph where he was the chief sports news correspondent but also wrote on other issues including race, immigration, and social and cultural issues. Before that he worked for the Sunday Times for 20 years. He has contributed to nearly all the major UK newspapers and presented programmes for radio and television and has edited several business publications.

Mihir was awarded an honorary doctorate from Loughborough University for his outstanding contribution to journalism and the promotion of equality. He has won several awards: business columnist of the year, sports news reporter of the year, sports story of the year and Silver Jubilee Literary award for his History of Indian Cricket.

Mihir is a former chairman of the Reform Club and has recently been appointed to the Blue Plaques selection committee of English Heritage.

Bite-Sized Books bring together leading experts, practitioners, academics, journalists and commentators. Bite-Sized Books are available both in Kindle and paperback format. Usually only about 50 pages long, the books are fresh, easy to read and authoritative.

We look forward to letting you know of our continuing progress, including the next books which are in preparation. Please give us feedback on the books and do review them on Amazon's websites. Amazon will accept reviews on any of our books if the reviewer has an email account registered with Amazon - so please buy the book and review it.

We are also conscious of the demands of GDPR and we hope that you will continue to want to hear about our new books and events.

Press release distributed by Pressat on behalf of Bite-Sized Books, on Wednesday 10 March, 2021. For more information subscribe and follow https://pressat.co.uk/

Cover of 'Narendra Modi – The Yogi of Populism’ 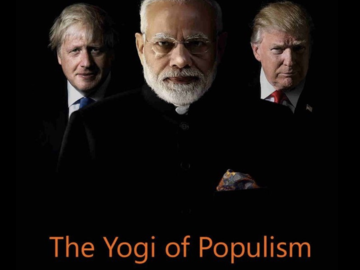 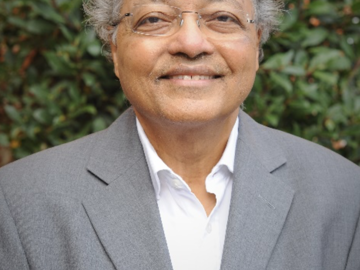