For press releases in French and Spanish please have a look at: PAL-V Press.

With traffic congestions getting to its ultimatum throughout Europe, the dream of flying over them is becoming superior. The glamour and allure of seeing the world’s first flying car being delivered is garnering a lot attention throughout the world.

The differentiation between dream and reality is very subtle. That is why CEO of PAL-V, Robert Dingemanse, is so excited that Maxim magazine recently selected PAL-V as the most likely company to deliver a "real" flying car.

"Clearly it is impressive that a magazine with a readership of close to 9 million people would recognize the work we have done to create a flying car that actually conforms to existing regulations and is safe to fly", said Dingemanse.

While many companies focus on forward leaning technologies that requires new regulations, PAL-V has created and flown a flying car that complies to existing regulations in Europe and many other countries in the world.

PAL-V has been the quietest player in the market in regard to their developments. However, in the next several months you can expect to be hearing significant updates from them, as they commence manufacturing of their PAL-V Limited Edition model.

CEO Robert Dingemanse explains: “We have been working in silence for more than 4 years. Before making any new announcements, we wanted to make sure that all the checks are in the boxes. That is why Top Gear coined the phrase “the world’s first plausible flying car”.

The PAL-V Limited Edition model will only be available to the first 90 buyers in the world, 45 of which have been allocated to Europe. Markus Hess, Chief Marketing and Sales Officer, said: "We have recently started talking to buyers, have the first contracts in place and a lot of interest. We anticipate first deliveries in 2018 starting in Europe”. PAL-V has been meeting clients one on one but Hess expects that to change in the next few months.

According to Hess, the reason for the high interest in PAL-V is not only due to the versatility of the vehicle. “There are a number of benefits a PAL-V can offer. Not only the flexibility, planning certitude, weather independence, accessibility and time saving, but PAL-V offers the customer an experience that only we can deliver. Both on the road and in the air”, said Hess.

The fiction of the flying car will soon become reality in the European market, as a real product will become available to customers. PAL-V seems to be the first company to do the impossible, building world’s first road and air legal flying car.

Press release distributed by Pressat on behalf of PAL-V, on Monday 3 October, 2016. For more information subscribe and follow https://pressat.co.uk/ 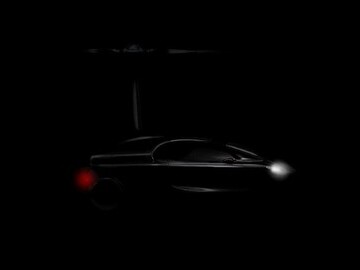 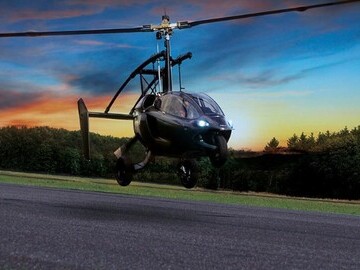