The uprooting of a tree following a recent storm has led to a significant ground collapse in Beacon, Camborne. The 10-metre-deep and several metre-wide sinkhole, located behind Pendarves Street and adjacent to properties, has grown substantially in size and is now blocking the access to several properties, two of which appear to be new builds.

The collapse is likely to be associated with the ‘Llandower Lode’, which was worked for Copper Ore and Tin between 1850s and 1913, part of Great Condurrow Mine. Much of the area of Great Condurrow Mine is now built over with extensive shallow mine workings hidden beneath roads and gardens. The initial collapse, which appears to have originated from the tree falling in a storm, appeared circular in nature and therefore potentially linked to a mine shaft. Trees historically were planted adjacent to shafts to mark their location and there is a recorded mine shaft (Lane’s Shaft) 20 metres south of the collapse.

However, as the collapse has widened and deepened, it appears more linear and therefore could be exposing a substantial void near to the surface. This void is likely to be ‘stoping’ - where the Metal Ore was extracted from the lode and not infilled or capped when abandoned. There is the potential for this collapse to continue growing in size and possibly destabilise nearby mine shafts and shallow mine workings, so quick action to investigate the risk to nearby properties is essential.

The sinkhole, the third mining collapse in as many days, highlights the need for expert opinion and professional advice on mining risk when buying and developing properties, not just in Cornwall but across the UK where the history of mining is much more complex and widespread than often thought.

For further comment on this or other ground related incidents, please contact Tom Backhouse, CEO or Chris Milne, Technical Director of Terrafirma at: info@terrafirmaidc.co.uk

Press release distributed by Pressat on behalf of Terrafirma, on Wednesday 11 March, 2020. For more information subscribe and follow https://pressat.co.uk/ 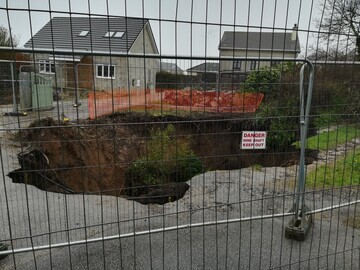 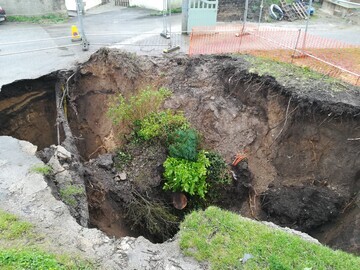 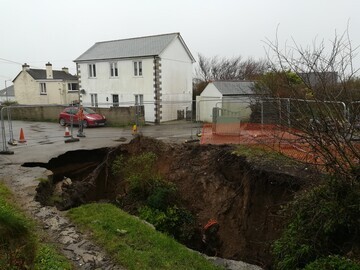 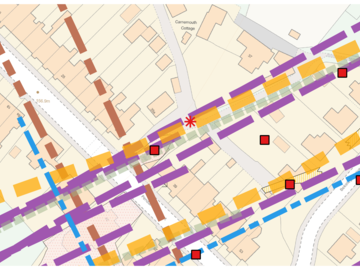 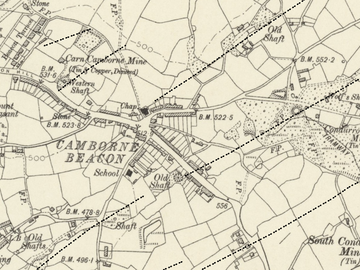