News provided by The Publicity Loft on Thursday 29th Apr 2021

The show which was filmed in keeping with Covid restrictions in 2020, aired tonight where Sharon pitched to the Dragons’ asking for £100,000 pounds investment in return for 11% of her business Peachylean Ltd and was successful in her bid as 3 of the 5 Dragon’s offered cash investments on the night.

The three investors secured are

Having studied their backgrounds Sharon agreed on 30% equity for 100,000 pounds, this investment as she described them in the pitch as “The Dream Team” as the combination of the team now in place brings significant experience and knowledge to the Peachylean team especially in light of it being an ecommerce, retail and lifestyle business it launches into the UK market.

‘We are all hugely proud to appear, and be successful, on a platform as prestigious and well known as Dragons’ Den. Pitching to the Dragons’ on the BBC was greatly symbolic, and a big turning point for me as I had to battle my inner dragon first. The battle to believe I could achieve such a momentous win, was, in itself a breakthrough. Having to Pitch to my own inner critic first, insuring her, that I was good enough, brave enough, strong enough, and I could do it! To receive three offers from such well-respected businesspeople shows the financial viability of the idea which as a founder is incredibly gratifying’ said Sharon.

After losing 5 stone and bouncing back from post-natal depression with her two boys, Sharon was compelled to help other women going through similar experiences and support them to move for their mind and gain confidence and self-esteem, ultimately empowering them and encouraging them to love themselves and as such Peachylean was born. In a world of fast fashion, Peachylean is a company with a very human story. Peachylean has a core vision of Support for everybody. Too many women are left feeling behind the curve, comparing themselves with the person they think they ought to be, or with other people they think they ought to be like.

Since establishing in 2018, Peachylean has scaled rapidly, making significant inroads into the Irish market. The company now boasts an exceptional all female design and management team and their innovative, award winning Irish support wear now sells worldwide and continues to gain momentum. Peachylean is supported by Enterprise Ireland and given the impressive growth to date, CEO & Chief Confidence Creator Sharon Keegan has demonstrated how to turn a kitchen table idea into a profitable, ground-breaking business.

Peachylean is available on www.peachylean.com

Aoife Mangan or Amy Buckeridge at The Publicity Loft

A Dublin native, Sharon Keegan is Founder and CEO or ‘Chief Confidence Creator’ of the award winning Peachylean.com.

A natural born entrepreneurial leader with 20 years of management and sales experience, marketing advertising and retail businesses. Sharon is the former Irish operations director for Piemister.co.uk, was a cosmetics Business owner, and entrepreneur. She started her first business when she was 19 selling tanning products, which led to her running sales and marketing for top UK brands in Ireland, such as Australian Body care and St. Tropez.

Sharon has a long list of academic achievements as well as business achievements, including a Postgraduate from UCD Innovation academy, being the Winner of UCD Entrepreneur of the Year 2017. Sharon excelled in her studies and went on to gain a place in the prestigious DCU Female Highfliers Entrepreneurship Accelerator. Here she won Best Pitch of the Year 2018 which led to her partnering with Enterprise Ireland Competitive start Fund, through whom she won €50k to fund and scale the Peachylean business idea. Peachylean was also SFA winners of New emerging Business 2019.

Passion Points: Growing up, all Sharon ever saw were men in major management positions and boards. Ultimately, men making decisions around the female experience and marketing it accordingly. This led to a culture of idealised projections of what women look like, feel like, act like and sound like. Sharon always visualised that if she was ever in a position to run a business relating to women, she would make sure to have a team that was representative of the female voice and mindset; because who better to talk about women’s experiences, than women. Where key decisions were being made about women, Sharon wanted to ensure that women were at the table and on the board.

This visualisation became a reality when Sharon found not only a team of exceptionally talented women, but also women who mirrored her values and core beliefs. This was the beginning of the Peachylean dream team.

Personal Info: Sharon is a mum of 2 boys and partner to Sean. At the age of 33 Sharon became a mam and struggled with postnatal depression. Being no stranger to throwing herself into adversity, Sharon decided to go back and study Innovation and entrepreneurship in UCD. This helped her to not only overcome her anxiety and postnatal depression, but also compelled her to help other women who were going through similar experiences.

Press release distributed by Pressat on behalf of The Publicity Loft , on Thursday 29 April, 2021. For more information subscribe and follow https://pressat.co.uk/ 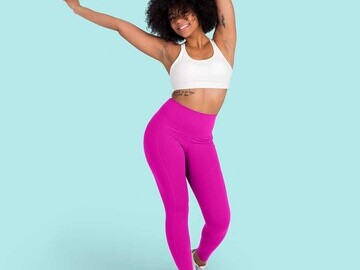 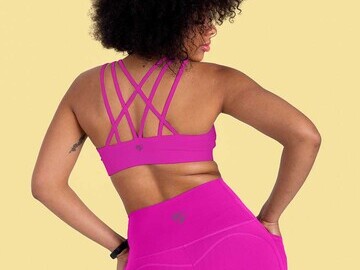 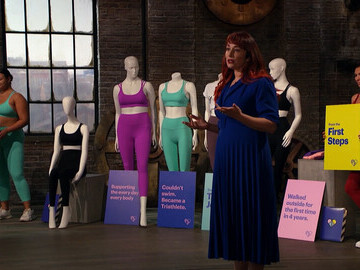 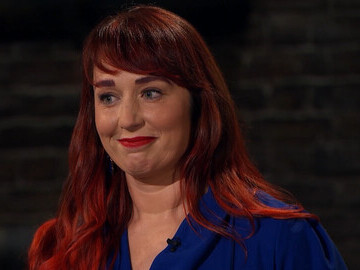 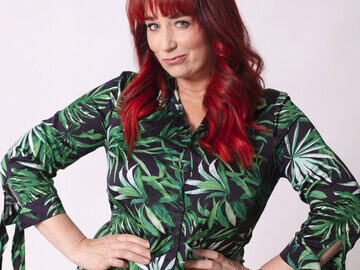