Corfu, Greece. How an ancient village recaptured its magical past

“In a period and place where and when the world deteriorates and disappoints, you have gone in the opposite direction and recreated a scene of beauty.

As Corfu and the other Greek islands anticipate being added to the UK’s green list for travel on July 15, there is a story of hope. It began 12 years ago with a publisher, a voiceover artist, three ruined houses and a leap of faith.

The mountain village of Old Perithia, of Venetian architectural origins and “Corfu’s oldest” surviving example, dates back to 1357. In 2009, an Anglo-Dutch couple purchased three ruined houses there to create the island’s first boutique B&B nestling beneath the island’s highest point, Mount Pantokrator and away from the sea. In doing so, it has brought back eco-tourism, retained the heritage and secured a piece of the real Corfu in changing times. The ongoing restorations and investment in the village have been the catalyst for taking it from 15% restored 10 years ago to more than 35% restored or being restored today. Loved by locals and visitors alike, it has also secured a place as one of the island’s leading attractions and recently saw the restoration of a fifth taverna, which has just reopened under new management.

Since embracing the challenge to bring the village back to life in 2009, set against the difficult economic background at that time and more recently the impact of Covid, there is some uplifting news for the village, the island and Corfu’s tourism. The restored houses that became the village’s first and only boutique B&B have just been taken over by another Anglo-Dutch couple with a background in the hotel industry, drawing even greater interest in the village, its future regeneration and further restoration. This has ensured that solid foundations have been laid for a continued revival and preservation of the history of Old Perithia, Corfu’s most historic mountain village, for the future and future generations.

To quote one of the B&B’s guests, “What a wonderful surprise to hear from you, your story is so positive and unusual. I salute you both. In a period and place where and when the world deteriorates and disappoints, you have gone in the opposite direction and recreated a scene of beauty with the return of life to a magical past, with mists and mysteries, mountains and secret souls. I am glad you have acquired land for yourselves. Up to a point, you will always belong there and you will remain custodians in the heart and soul of Old Perithia. Every summer it was a high adventure to visit you, to see the beginnings and then the lovely plans in fruition.” Jean T-B, London, UK

By the early 18th century, around 1200 people lived in Old Perithia. They spent their summers there as a mountain hideaway from pirate attacks, as it was a place “where you could see the sea but not be seen”. It consequently became one of the island’s wealthiest villages. Then, with the onset of tourism in the 1960s, it was all but abandoned and few villagers remained. Over the next 60 years, nature reclaimed the village and restored what it had originally created. In the past 12 years, since the restorations began, the village has been reborn and subsequently been the subject of numerous press articles and TV appearances. As Julia Bradbury commented in ITV’s “Greek Islands with Julia Bradbury”, “Now, thanks to the love of these guys, it’s finally getting the audience it deserves. What a special, magical place!”

Significantly, the B&B has also been no. 1 on TripAdvisor’s B&Bs & Inns, Corfu, for an unprecedented six years in a row, and the village has consistently received a Certificate of Excellence Award. As the love and care of locals and visitors alike continues against all the challenges, so does the hope of a bright future for the village and its continuing journey back to life. Let’s hope that the next announcement includes Corfu and enables them to do what they do best ... look after their visitors like family.


If you would like more information on this story visit www.old-perithia.com

View Across Old Perithia to the Ionian Sea [Present] 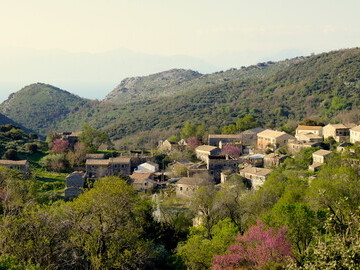 View Across Old Perithia to the Ionian Sea [Past] 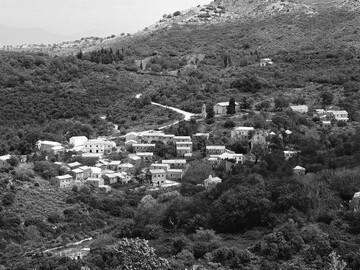 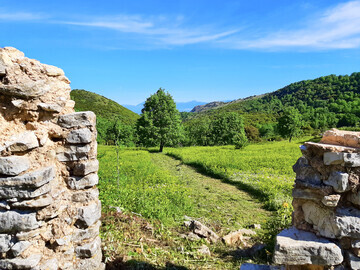 Corfu, Greece. How an ancient village recaptured its magical past