International Women's Day (March 8th) is a global day celebrating the social, economic, cultural and political achievements of women. This year World of Books are celebrating brilliant women in literature by partnering with worldwide book-sharing project, The Book Fairies, providing them with 2,000 books to hide around the globe. The books celebrate inspiring female writers, champion female protagonists, present a feminist point of view and the female narrative.

The Book Fairies leave books in plain sight for lucky strangers to find, read and then share again. Started on 8th March 2017 in 26 countries, The Book Fairies has since grown to cover over 100 countries – and the number of book fairies in action now is close to 10,000. Their partnership with the UK’s largest online used book seller, coincides with the celebration of their birthday is an exciting new chapter for World of Books as they launch their ‘share the love of reading’ campaign.

About their involvement, World of Books has this to say: “Like The Book Fairies, we love a good read and can relate to the excitement of discovering a new page-turner or the familiar joy of an old favourite. Books are so much more than just paper and ink. We don’t believe that books should only be read once, or have a single owner and understand that reusing a book has a positive impact on the environment; this underpins everything we do. We want to share the love of literature by rereading and reusing books, which is why our partnership with The Book Fairies is so exciting!” [Amy Greenacre, Brand and Impact Marketing Manager]

Cordelia Oxley, Book Fairy in Chief, says about the birthday “When the book fairies launched, I knew there would be excitement at the idea of hunting for and finding a book. What I didn’t see coming was the sheer tour de force of people that fell in love with hiding the books and became book fairies themselves. It’s these extraordinary people who have grown the fairies to what we are today and we are so grateful to World of Books for celebrating with us this year. After growing to nearly 10,000 book fairies in 100 countries since 2017, I cannot wait to see where we are two years from now!”

Two years ago on their launch day, The Book Fairies hid a whopping 1,200 books made up of titles from Emma Watson’s book club Our Shared Shelf. Emma joined in with the launch, hiding various titles around feminist locations in NYC, such as the Gertrude Stein statue and the Bluestockings Bookstore.

Not only have World of Books donated a large number of books for the IWD celebrations, but they are also sponsoring The Book Fairies’ new subscription box, The Book Fairy Box, which will be the first of its kind to feature a second-hand book in the contents. The box will also have a brand new book donated by Harper Collins, some bookish goodies and items with a green angle.

So as they approach their second birthday The Book Fairies are encouraging people around the world to keep an eye out for a bookish gift hidden in their hometown and to share in the love of reading! If you want to join the movement and hide your own books, head to www.ibelieveinbookfairies.com to find out more.

About World of Books https://www.worldofbooks.com/en-gb/about-us

World of Books is a UK based company that sells quality used books at competitive prices to millions of customers worldwide each year. They are now the UK's largest seller of used books online. Established by a group of dedicated book lovers in 2002, with an ethos to do good, over the past 10 years World of Books has seen its inventory grow from 1,000 books to over 3 million in stock.

World of Books is a circular economy, for-profit company that supports charities and protects the planet by enabling more goods to be reused. They are pioneers in the re-use and recycling of unwanted books, recycling about 70 million books each year, equivalent to 442,000 trees.

World of Books purchases significant volumes of donated books from UK charities – boosting revenues for these good causes and saving them waste disposal costs. This business model has generated over £12m for UK charities in the last 5 years.

Amy Greenacre, Brand and Impact Marketing manager at World of Books, can be contacted for comment amy.greenacre@worldofbooks.com | D: +44(0) 1903 708103

About The Book Fairies https://ibelieveinbookfairies.com/

The Book Fairies is an international movement which encourages the sharing of books. Anyone can be a book fairy, all you need to do is pop a book fairy sticker on a book, perhaps wrap the book in ribbon, and leave it in a public place. The Book Fairies was established in March 2017 and this month celebrates its second birthday. There are over 250,000 stickers around the world, so the potential of a quarter of a million ‘book-fairied’ books in circulation. Cordelia Oxley is the founder, owner and Book Fairy in Chief. Cordelia can be reached for comment on 07494 853 881.

Press release distributed by Pressat on behalf of World of Books Group, on Friday 8 March, 2019. For more information subscribe and follow https://pressat.co.uk/ 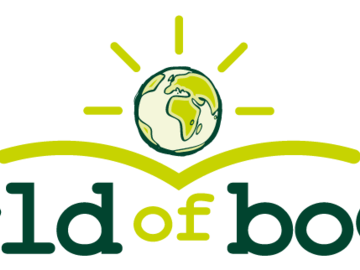 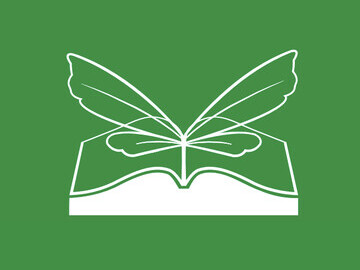 IWD books to be found 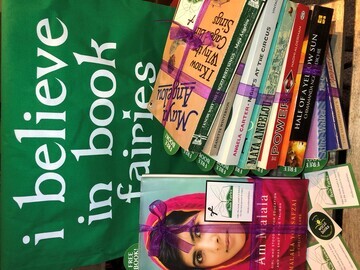