Canterbury and England Rugby have today unveiled the new England playing kit which will be worn for the first time on Saturday November 8 at Twickenham, when the team take on the All Blacks in the 2014 QBE Internationals.

The most striking development of both the new home and alternate shirts is the iconic symbol of England Rugby, the rose, has been placed in the centre of the chest for the first time ever. The rose has united players and fans for over a century as they wear it on their chest with pride. Canterbury’s new design celebrates this by making it the centrepiece of the shirt.

Canterbury also marked the unveiling of the brand new alternate kit, with a return to a traditional crimson red colour which draws on the heritage of the England Rugby rose and the St George’s Cross. The alternate kit will be worn by the team in the QBE International v Samoa on Saturday November 22.

England Head Coach Stuart Lancaster said: “The England shirt is a source of huge pride for the players and it’s a special moment when they receive it before an international as it represents many things - those that have supported the players on their path to become an England player, former internationals who have worn the shirt before them, all those who are involved in and support the game and the English nation as a whole.

“That pride in wearing the shirt is massively important to the players and hopefully it is something the fans can see and connect with. It's great that the alternate kit is very much in keeping with our national colours and as such we have chosen the Samoa game to wear it in preparation for the Rugby World Cup as this may be required during the tournament.

“The support for the squad over the past few seasons has been fantastic and it really means a lot to the players, the coaches and the wider support team that we all look to build that English national identity on the way to the World Cup. In the meantime, all our focus is now on the QBE Internationals and more importantly that first game against New Zealand.”

England international and Canterbury ambassador, Geoff Parling, said: “There is something special about wearing the English rose on your chest, whether you’re a player about to step on the pitch at Twickenham or a fan cheering the team on from the touch line. “

With over 100 years of rugby expertise, the Canterbury team has continued to push the boundaries of innovation with their latest contemporary design, making the 2014/2015 England shirt the most streamlined kit in England’s rugby history.

Innovations included in the ‘Test’ edition of the shirt include a ball-deadening grip on the chest, and the Loop 21.4 collar, an evolution of Canterbury’s signature Loop 21 neckline which has been developed for enhanced durability. Triple-bar tacks are configured to increase the strength of the shirt at the usual vulnerable areas, vastly reducing the risk of rips and tears.

Additionally the players ‘Test’ shirt is designed to be worn tight, with Lycra cuff detailing and air-textured polyester ensuring the ultimate fit while also allowing flexibility, movement and comfort. The side seams have been brought to the back to reduce the stress point and seam breakage.

The core values of England Rugby are also emblazoned onto the reverse of the ‘Test’ and ‘Pro’ shirts, uniting fans and players by wearing the words Teamwork, Respect, Enjoyment, Discipline and Sportsmanship.The shirt represents the dreams not just of those who wear it but the millions who support England. As with previous years this is reflected with the slogan ENGLAND CONNECTED, on the inside collar of the Seniors and Womens shirts, acting as a reminder of the bond shared by the whole rugby family.

Speaking about the launch of the new shirt, Canterbury CEO, Chris Stephenson, said:

“Canterbury is not only passionate about the sport of rugby; we are passionate about the spirit of the game. The rose embodies the rugby values we admire and we are proud to celebrate this by placing the Rose at the centre of the shirt for the first time ever. The new design boasts a host of contemporary and innovative features whilst the aesthetics remain true to the traditional English style fans have enjoyed since 1871.”

Sophie Goldschmidt, RFU Chief Commercial and Marketing Officer said: ““We're very excited about the new kits for this season. The technological enhancements will further help performance. The alternate kit offers an opportunity for us to utilise different colours and designs. We believe the red shirt will be popular with supporters, just as previous alternate kits have been - and every penny made from kit sales at the RFU is put back into rugby."

Following the launch of the new England shirt, Canterbury will be continuing to honour the contribution of the entire rugby family, from grassroots to elite level by continuing with their ‘England Is All’ campaign. The video can be viewed here: http://youtu.be/UwV-H49D6tM

The new kit is available to pre-order now from store.rfu.com and canterbury.com

Press release distributed by Pressat on behalf of Canterbury of New Zealand, on Friday 19 September, 2014. For more information subscribe and follow https://pressat.co.uk/ 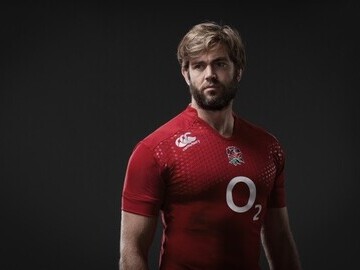 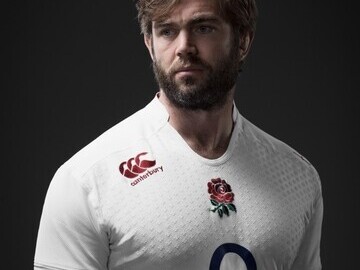